News Zim: Newsrooms, a safe haven for the LGBTI... 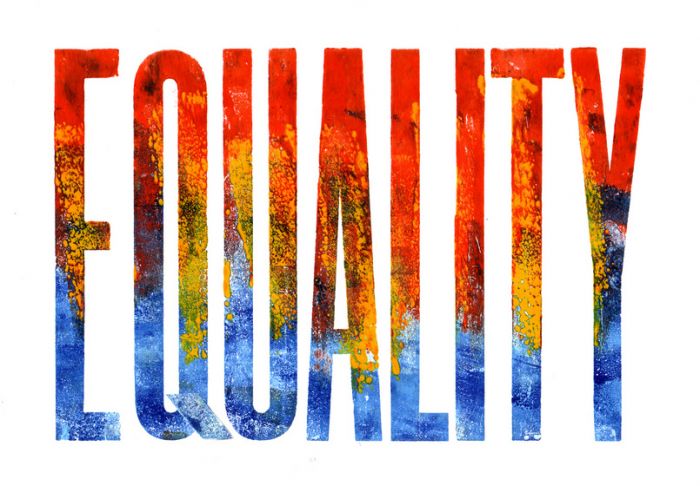 Zim: Newsrooms, a safe haven for the LGBTI

“Those who want it are the people who should canvass for it, but it is not my duty to campaign for this. In our constitution, it is banned-and it is my duty to obey my constitution,” said Zimbabwean president Emmerson Mnangagwa earlier this year in an interview with CNN’s Richard Quest.

Mnangagwa was responding to Quest’s question if his new government would remove ban on same sex marriage and campaign for the rights of LGBTI, a thing he has the power and capacity to do.

Zimbabwe does not acknowledge same sex marriage. The constitution was amended in 2013 to define marriage as a union between a man and woman.

Many organizations or companies do not want to be associated with or give an open opinion when it comes to issues concerning the LGBT community even when they have an employee they know or suspect falls under that group. One of the few institutions that managed to stand up for their employee was St John’s College.

In September 2018, a teacher at the school announced he was gay to his students and this raised a lot of noise throughout the whole country. The school surprisingly did not reject him saying they provide, “a safe environment for all persons regardless of gender, sexual orientation, abilities or disabilities or any other real or perceived differences.”

Some parents threatened to pull their children out of the school, which led to the resignation of the teacher.

Many LGBTI rejected have resorted to moving to neighbouring South Africa, Botswana or Mozambique where the laws are more flexible. In Zimbabwe, they have no support from either the law or society. Some LGBTI even end up committing suicide due to the harsh reality in the societies they live in.

“Journalists, who are LGBTI, have not been spared either,” says Chiedza* a freelancer based in Harare. The president’s response to Quest did not inspire any hope in her; it raised many questions and fears instead.

The President has been globetrotting selling the mantra “Zimbabwe is open for business meant to seduce the Western world and encouraging investors to come back to Zimbabwe. He spoke about reforms and change though LGBTI rights seem to be off the list according to his statement.

“His response to Richard Quest summed up my fears, new wine in old bottles,” says Chiedza who has to pretend to be heterosexual to score favours with editors and senior journalists in town or risk her stories not being published.  “It’s hard enough being a woman in a highly patriarchal working environment, not to talk of being a lesbian.”

Chiedza highlights that life under former President Robert Mugabe was bad; he could not finish a public speech without denigrating homosexuals. The LGBTI faced more challenges in acceptance by non-LGBT residents and workmates.

Girls And Lesbians Zimbabwe (GALZ) Services and Policy Advocacy Officer Sylvester Nyamatendedza said there are a few changes that have been made since the new government took over. Treatment is different towards the LGBTI community.

“Hate speech has been on the decline as the former President would blast gays on any platform he got. LGBTI people are treated as second-class citizens as the Zimbabwean society in general view same sex sexuality as a taboo. LGBTI are denied the right to employment, education, have their privacy intruded, poor health and social service delivery. They suffer social exclusion through stigma, labels and disownment by families,” said Sylvester.

Nyamatendedza said they have journalists who are part of the LGBTI community though it would require their consent to speak about them.  He also said disclosure was still a problem. “Most LGBTI people do not disclose to their employer and colleagues and we have cases were some lost their jobs upon disclosure,” he highlighted.

However, Chiedza says life is the newsroom is different. She says the air of professionalism reigns and one gets about her work without bother.

“My colleagues know of my sexual orientation and they do not fuss about it nor do they make it an issue whenever we have disagreements. It is during heated exchanges that people often say vile things about you  the real issues that they always wanted to tell you comes out during arguments. However, in my case, that has not happened. I am not sure if there are LGBTI journalists across the country that have been abused by fellow journalists, but in my circle none of us have been abused. We actually feel safer in the newsroom,”  says Chiedza.

According to the Zimbabwe Chapter of the Media Institute of Southern Africa (MISA), there are no cases of journalists from the LGBTI people who have been abused, harassed or arrested.

“We haven’t received any LGBTI related complaints or reports yet,” says Kuda Hove the Legal Officer for MISA Zimbabwe.

He explains that MISA Zimbabwe does not have a position specific to LGBTI but it advocates for the equal treatment of all media practitioners without special attention paid to any specific sexual group.

GALZ was open about its position and what it hopes the future will be favourable towards LGBTI people.

“We hope people have an attitude of tolerance towards diversity. To appreciate that we are all unique in different ways and have leadership that promotes equality and equity of all citizens, “said Sylvester.

“We offer counselling, para legal support and legal representation in cases were human rights violation has taken place. We also offer sensitization to journalist on sensitive and inclusive reporting. Our aim is to raise awareness in diversity,” he went on to say.

GALZ also recently conducted Religious leaders sensitization, seeking to establish understanding on diversity and unity to ensure Sexual and reproductive health rights (SRHR) are accessed by all. During the workshop, members of the community also shared their experiences in coming to terms with their sexuality.

Charity begins at home. If acceptance does not start in the home or community then it is difficult to bring it to the newsrooms or the streets. People carry the values, norms and misconceptions that they are instilled with everywhere they go.

Shamiso Chigonde is a journalist from Zimbabwe. This article is part of the 16 Days News Service #VoiceandChoiceCampaign

Comment on Zim: Newsrooms, a safe haven for the LGBTI Cancel reply