News Zim: Time to re-think policy on contraceptives for... 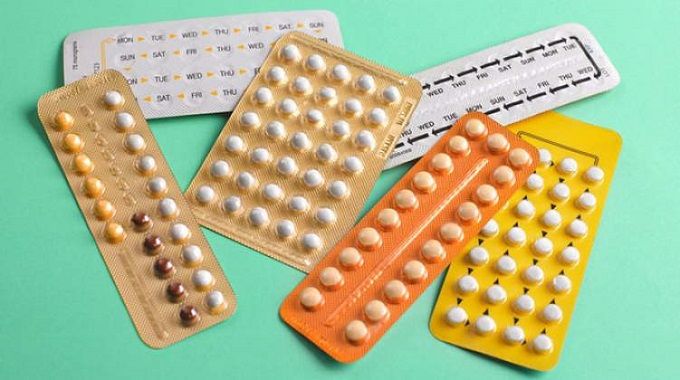 Zim: Time to re-think policy on contraceptives for Youth

Nkazimulo* struggles to calm the baby strapped on her back as she makes her way to Tshitshi Clinic located 17 kilometres from her home in Mangwe, Plumtree. Along the way she passes through her former school, Tshitshi Secondary where she spent a few months doing Form One before authorities asked her to take a few months away from her studies on the day her secret pregnancy was discovered. She can spot her peers from the fence and the thought that she could have been with them reading under trees brings tears to her eyes.

Her colicky three-month-old baby starts screaming forcing her to divert from the dusty pathway and take a break under a near-by tree. Here she is, at only 14 years of age, struggling to nurse a baby while her friends enjoy their right to education a few metres from the rock that she is seated on. She wonders what her fate would have been had she condomised or at least used one of the long term contraceptive she always hears about.

Nkazimulo had struggled to pass her Grade Seven public examinations and she was convinced that furthering her education was the only way out of her impoverished background. She quickly wipes away the tears rolling down her cheeks and again tries to comfort the little and helpless baby in her arms. “I was forced to drop out of school after I fell pregnant and with the financial challenges I am facing in raising this child already, going back to school would be impossible,” says Nkazimulo.

“I live with my grandmother and the father of my child relocated to South Africa when he discovered he could be jailed for bedding a minor child. My life is a mess and I can’t help but live with regret.”

Nkazimulo represents hundreds of school-going girls who are forced to drop out of school due to pregnancy. Not only does Government policy deter them from achieving their full potential but it also denies them of a number of sexual and reproductive health rights. A teacher from around Nkazimulo’s district is also concerned about the high number of pregnant school going girls who drop out of school. She believes it is high time policy makers accepted that teenage girls are truly engaging in sexual activities as early as 10 years which calls for interventions.

“I know this sounds wrong, morally, but these girls need to access long term contraceptives so that at least they can complete their education and be able to secure their future. I do not even think condoms will work as they are short term, these teenagers are very active sexually and it is time we offered them extensive sex education and access to contraceptives,” she said.

These sentiments are in line with a recent study by Amnesty International which says that more than 40 percent of adolescents in Zimbabwe become sexually active way before they turn 18 – the legal age when one can freely access contraceptives. The report entitled “Lost Without Knowledge” concludes that due to some laws and sexual taboos in the country, the lives of girls aged 10 to 19 are at risk.

“In reality many adolescents are sexually active before they are 18 and the Zimbabwean Government must act to ensure that they can access the services and advice they need to help safeguard their health and their futures,” says Mr Deprose Muchena, Amnesty International’s director for Southern Africa.

“Adolescent girls are at risk of these harmful consequences, including dying in childbirth in Zimbabwe because inconsistent laws make it difficult for them to access sexual and reproductive health information and services.” According to the report, 20 percent of the maternal deaths occur amongst girls aged below 19 which is a cause for concern. Unlike Mr Muchena, Pelandaba-Mpopoma legislator, Mr Charles Moyo insists that girls who fall pregnant should be expelled from school as they would have deliberately chosen to be mothers at whatever age. His convictions came out during a recent debate of the Education Amendment Bill which brought the National Assembly into confusion as some members still wanted pregnant girls out of school.

“I do not have much problem on the first part on Clause 15 of this bill – that is no pupil shall be excluded from school for non-payment of fees. However, I have a problem with the second part that is on the basis of pregnancy. Why Madam Speaker? Our schools must not be turned into maternity homes. There is no need for those who would have failed in their choices: to look for a boyfriend or proceed with school. A rotten apple spoils the barrel. I want to say, it will not be good for other pupils as well and the Bill is very clear to say, no pupil. So when a girl becomes pregnant she ceases to be a pupil or a student, she becomes a mother,” argued Mr Moyo.

But then if girls like Nkazimulo are indeed bad apples which should be removed from school before they spoil the others, why do we have so many teenage pregnancies and unsafe abortions from the same age group? According to the Guttmacher Institute about 66 000 abortion were carried in Zimbabwe in 2016, a country with one of the highest maternal mortality ratios in the world. However, the abortions were illegal because, in Zimbabwe the Termination of Pregnancy Act of 1977 before the HIV and Aids era only permits abortion if the pregnancy poses a threat to the life of the unborn child of the mother or if the pregnancy is as a result of incest and rape.

A vendor from Nyamandlovu in Matabeleland North, Ms Nomakha Ncube said that pregnancies were rife in her area and the sad part is that some school-going girls were impregnated by teachers. “We have run out of ideas because the counselling that shaped us into women is not even working on these girls. They just indulge in sex anyhow and anytime and we just have to give them working solutions because talking has failed,” says the mother of three girls.

“We have had instances in my area where parents ‘force’ their children to seduce teachers to secure food and a future hence we cannot fully blame these kids. There is no way they are going to succeed in life as long as we do not provide solutions, judging and being in denial hasn’t helped,” argues Ms Ncube. A high ranking official in the Ministry of Health and Child Care who spoke on condition of anonymity said that the main problem lay with judgmental and arrogant policy makers who are in denial of the situation on the ground.

“I am tired of reaching out to these politicians who do not want to accept that our children are sexually active. There is only one way out, to introduce contraceptives and then pray that our children will be responsible. Simple!” Chairperson of the Parliamentary Portfolio Committee on Health and Child Care, Dr Ruth Labode is on record advocating laws and policies that will empower adolescents with comprehensive education on sexual and reproductive rights.

“Our former Minister of Education, Dr Lazarus Dokora, clearly told us that a few years ago 4 500 girls failed to enrol for Form One due to pregnancy. Clearly, it’s a sign that even primary schools children are active. We need to wake up and realise that delays in granting our children their sexual and reproductive health rights will eventually cost us in the future,” said Dr Labode. She argued that children like Nkazimulo should be in school and enjoying their youth if only people were realistic enough to accept that times have changed.

Meanwhile, Nkazimulo’s peers in the neighbouring South Africa have access to a tried and tested Noristerat from the age of 12, a two-month lasting contraceptive which has no side effects according to experts. A local doctor recently revealed the same product was donated to Zimbabwe to alleviate the alarming teenage pregnancies but the donation expired in some Zimbabwe National Family Planning Council warehouses before anyone could at least talk about them.

Officials at ZNFPC were quick to deny the allegation although they emphasised the fact that contraception can avert thousands of unwanted pregnancies and new sexually transmitted diseases which the country is already struggling to contain.

*Nkazimulo not her real name

Thandeka Moyo is a journalist from Zimbabwe. This article follows GL media training on Reporting SRHR in Zimbabwe. It first appeared in Chronicle Newspaper