News Zimbabwe: A plea for justice... 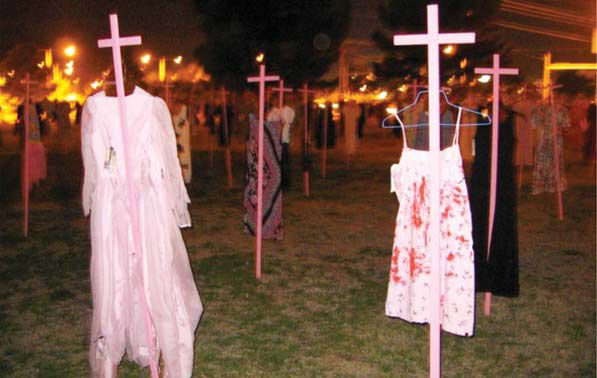 Zimbabwe: A plea for justice

We are all left with questions. What could have really happened to trigger such a violent response?

It is said, usually before an individual kills their intimate partner there are signs of physical and emotional abuse that take place. Sadly, many times it goes unreported.

As a close cousin to the deceased I am left wondering, what options really did my murdered Lucy have to protect herself?

I am left asking why she did not report previous incidents of violence to the police so that after 25 November 2018, this fateful day happens, there is a criminal record of domestic violence. A history that can ensure the perpetrator is put behind bars.

Trust our justice system to have loopholes, without prior criminal behavior and yet still a dead corpse of an intimate partner be present, the accused is left scot-free while a family mourns the premature loss of a loved one.

Tell me where is the justice there?

The police said there was no incriminating evidence after 48 hours of intense interrogation; what exactly were the police doing in the 48 hours that they interrogated him?

One questions the type of justice they expected to facilitate. Rightfully, they should have known to investigate better and deal with the case specific to the nature of the crime. Intimate partner murders rarely result in confessions.

We cannot help but wonder the actual event of that night; only the two know what really happened between them. There are so many versions of the story but the real story Lucy has gone with it.

The man remains but will he ever tell what really happened?  As a family, we are haunted by the fact that we will truly never know.

Oscar Pretorius when he testified about Reeva’s death, claimed self-defence of supposed intruders who had come into the house, as trials go he was convicted. Indeed justice was realised for Reeva and her family.

In our case, Tashinga, the accused was angry. In his anger he beat Lucy to death. One blow  bruised her lung. Blows to the cheek and upper body followed. Several blows later, Lucy had a broken skull.  There was no way her small body could have endured the beating that led to her death.

Our scars that run deep, we cannot help but wonder why she did not leave the relationship earlier, when there was evidence that suggested there had been violence at different stages of their courtship.

Following the tragic murder, during Lucy’s funeral, a conversation with the house cleaner, Mary* revealed cases of domestic abuse perpetrated by Tashinga.

Mary narrated an incident in which Tashinga had beaten Lucy to the extent that she needed medical care. After the incident, Tashinga instructed Mary to give Lucy a bath so that he could take her to the hospital.

Sadly, that incident went unreported and so we sit today with a narrated incident of immense violence, which months later led to Lucy’s murder.

The accused walks free with no murder charge due to police misconduct and no prior history of domestic violence to bring the matter before the court.

It is reported that socio-economic despair leads men to be violent towards their partners as they take out their frustrations on their women.

Prior to her death, Lucy had just gotten a new well-paying job with a well know NGO. She was scheduled to move to the big city – Harare.

We wonder how he reacted to the news of her moving up career wise.

Did he feel threatened or abandoned by her?  There was also talk of him having an affair, which was a source of frustration for Lucy.

On the fateful night of her death, the accused had gone to Lucy’s house and alleged she was having an affair, which led to a confrontation with the supposed lover. It was during this confrontation that the accused started assaulting Lucy resulting in her becoming unconscious.

Further investigations would show that the accused had started assaulting Lucy at her own place before they had gone to confront the alleged lover at the airbase.

Because the accused is an airbase lieutenant at Josiah Tongogara airbase, it is a tragedy that as an officer of the law who should represent protection and security, he became the perpetrator of violence.

So many questions remain with us her family. Was this tragic event a product of the millennials – failed parenting strategies?

Was this due to the lack of a father figure to guide Tashinga, as he became a man? Or a lack of tools to deal with high stress levels, lack of guidance on how to deal with rejection and various emotions?

Or was it, decades later following the women’s movement ,a by-product of violent traits that still leave Zimbabwe with over 45 000 annual reported deaths by femicide? 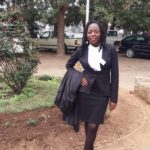 Lucy died on the 25th November, a day symbolic of the universal declared beginning of 16 days campaign against violence towards girls and women.

Could it be a result of post-traumatic disorder, which Tashinga was dealing with due to his service in the airbase?

There are many myths about men in uniform committing murder out because of post-traumatic stress.

Will justice be served? Or will he be protected by the State, as he is a man in uniform?

We are left with a void that will never be filled, Lucy has gone to soon!

There is a lot more to be told of my beautiful sister Lucy. She was so full of life, love and energy. What happened to Lucy Duve continues to happen to many women and girls. No one deserves to die in such a manner. #justiceneedstobeserved.

Lucy Duve my dear, we love you always. You did not deserve what happened to you.

*names have been altered to protect the privacy of sources

Elizabeth Chikeyi is a freelancer from Zimbabwe.  This article is part of the Gender Links  News Service #VoiceandChoice campaign.

Image 2: Lucy Duve before she was brutally murdered.

Comment on Zimbabwe: A plea for justice Cancel reply