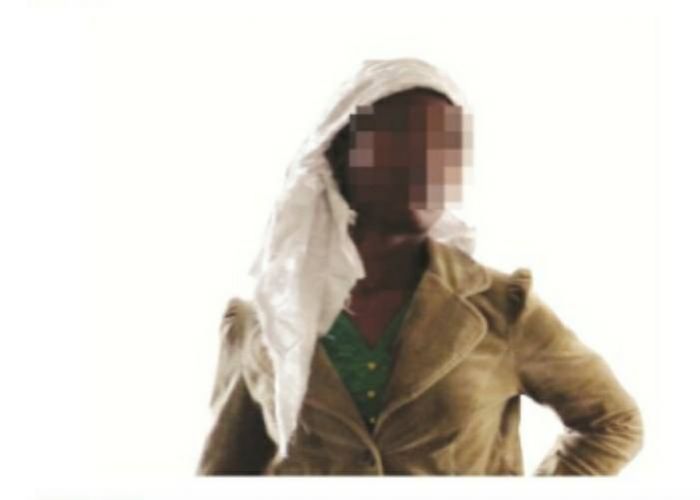 Bulawayo, 4 December: The story of a 16-year-old girl from Gokwe who reportedly committed suicide by hanging herself after being forced to marry her alleged rapist who had impregnated her made sad reading.

The girl from Zvinei village under Chief Nemangwe took her own life after struggling with the fact that her parents had forced her to marry her rapist, a herder in the village and have his baby – rather than bring ‘shame’ on their family.

In another heart-wrenching case, a 19-year-old woman from Emthunzini suburb in Bulawayo blanketed the court with a somber atmosphere while narrating how she was forcibly married off to her aunt’s husband when she was 13-years-old.

Estel Mzobe brought tears to many eyes in the gallery when she narrated her ordeal of how she was married off to her 38-year-old aunt Nonhlanhla Mzobe’s husband when she was in Form One.

This was after her aunt allegedly failed to conceive. She however, sparked her aunt’s fury and that of the family when she ran away from the forced six-year marriage citing abuse from both her aunt and husband.

“I was forcibly married off to my aunt’s husband from 2002 to 2018 before I left to stay with one of my mother’s relatives. During that time I didn’t understand why I was married off and I didn’t like the marriage as I was always abused, “said a teary Estel while seeking a restraining order against her two aunts Nonhlanhla and Fikelephi Mzobe.

She added: “I am no longer interested in the marriage because when they married me off I was very young and didn’t know my rights. This was not what I wanted with my life. I actually wanted to finish school and become someone of value to myself and community”.

Tragically, the above cases are just a graphic representation of how victims of sexual abuse are sometimes having their fundamental rights gravely violated after being married off or forced to marry their rapists to avoid them criminal prosecution which automatically constitutes a violation of the victims’ physical and mental integrity.

They also mirror the dilemma being faced by many girls in Zimbabwe and other Southern African Development Countries (SADC) where women are still vulnerable to societal and legal discrimination and also where accessing justice for victims of abuse still remains a major challenge.

Occasionally, victims of sexual abuse reluctantly agree to forced marriages because of pressure from their families, poverty and lack of alternatives.

Some girls who fall pregnant choose to enter customary marriages because they are afraid their family will abuse them for dishonourable behaviour.

According to UNFPA, globally, one in every five girls is married, or in a union, before reaching the age of 18 years. As a major obstacle to sustainable development, child marriage is a truly global problem that cuts across countries, cultures and religions.

In sub-Saharan Africa, 40 percent of women are married as children before they are physically mature enough to become a wife or a mother.

As the World marks 16 days of Activism Against Gender-Based Violence which commenced on November 25 and ending on December 10, there should be a pressing call by SADC member states to amend all legal loopholes in their respective countries’ legislation on child and forced marriage as well as religious and cultural practices that allowed rapists to escape prosecution by marrying their victims.

The recommendation is aptly in line with the commemoration’s theme: Orange the World: Generation Equality Against Rape.

Speaking at an awareness campaign ahead of commemorations in Zimunya area, Mutare, Zimbabwe Gender Commission (ZGC) chairperson Margaret Sangarwe said an average of 22 women were raped daily across the country and early child marriages were also on the increase due to religious and cultural practices.

“Twenty-two women are raped daily in Zimbabwe; one woman is abused every 75 minutes and an average of 646 women are being sexually-abused monthly and one in three girls is raped or sexually assaulted before they reach the age of 18.”

“Cases of rape have increased from 4 450 in 2010 to 8 069 in 2018. What is saddening is the increase of rape cases of minors. These statistics are indeed frightening and calls for urgent action to pass deterrent jail sentences for perpetrators of sexual offences.”

She also said early child marriages were on the increase with Manicaland recording a 30 percent rise, prompting the commission to visit Zimunya area to raise awareness ahead of the 16 days of activism against gender-based violence.

With regards to Sexual and Reproductive Health and Rights (SRHR), child marriage can have life-threatening health consequences for girls. According to experts it put them at risk of sexual, physical and psychological violence throughout their lives.

Access to SRHR service, no doubt key to tackle child marriage as it allows girls to choose whether, when and with whom to engage in sexual activity and when to have children.

After learning that child marriage is a cruel practice which steals girls’ childhoods and chance to build their own futures, Chief Nemangwe whose jurisdiction, the girl who committed suicide’s area falls under, vowed never to let something like that happen in his area again.

Chief Nemangwe passionately, appealed to all traditional leaders to be strong advocates and activists to eradicate all forms of child marriages.

“As traditional leaders we should take necessary action, such as reporting such matters to the police,” he said.

“All women and girls deserve the chance to decide whether, when, and whom they marry. As traditional leaders it is our duty to be strong advocates that parents who married off their daughters should face severe penalties”.

It is important to note that despite Zimbabwe having ratified various international convections and declarations on child rights, particularly the Convention on the Rights of the Child many girls continue to suffer at the hands of discriminatory laws.

In a landmark move which was hailed by gender experts, child rights groups and human rights defenders as the country’s commitment to ending child marriages, which is a global evil with recorded socio-economic, and health disenfranchisement of its victims, in 2016, the Constitutional Court declared 18 years as the legal minimum age of marriage. The court ruling also deemed all forms of child marriage unconstitutional.

Disturbingly, three years after that landmark ruling which banned marriage of girls under the age of 18, the government has still not amended the law.

Last year, in his state of the nation address, President Emmerson Mnangagwa said Parliament was also expected to consider “the Marriages Bill, which seeks to outlaw child marriages”. But this has not yet happened.

Worth noting is the fact that all campaigns being done in the country through different platforms to eliminate child marriage by 2030, they will still remain a daydream if the laws are not aligned to the Constitution.

A lack of attention to child marriage does not only deny girls their right to personal development but also undermined the achievement of Agenda 2030 and Sustainable Development Goals (SDGs).

“Child marriage is one of the manifestations of gender inequalities. It violates young girls’ rights. This is because girls who are forced into such unholy unions are subjected to a life of sexual abuse, hard labour and deprivation of a lot life changing opportunities like education.

“As Roots we have seen an upsurge in the number of cases of child marriages in Zimbabwe and while we applaud the Government in its efforts to eradicate it, we feel the proposed laws alone are not enough to act as a deterrent to who would be offenders.

“There is need to ensure that there is protection, promotion and fulfilment of the rights of girls. That can only be achieved by ensuring that existing laws and policies also supports girls by making sure that they have equal opportunities to education and SHRH issues like their male counterparts,” said Ms Savadye.

Child rights activists Nyaradzo Mashayamombe is also on record saying the issue of child marriages in Zimbabwe was an elephant in the room. She said there was lack of political will considering the high prevalence rate of child marriages, particularly in rural areas.

Since religion is another key driver of child marriage, there is also need to educate members of the indigenous apostolic church who are reportedly encouraging girls as young as 10 to marry much older men for “spiritual guidance”.

In an interview Johanne Masowe Echishanu Apostolic Church leader Emmanuel Gwandida popularly known as Madzibaba Mutumwa who is on record repainting the image of the apostolic sect by shunning child marriages acknowledged that child marriage was a big problem within apostolic churches due to a variety of beliefs.

“As a leader of one of the growing apostolic sects in the country, there are quite a number of issues I disagree with fellow leaders and prophets. For example denying girls their opportunity to education by marrying them at a tender age under the guise of spiritual guidance is a sin against God and an abuse to young girls.

“I am always advocating and teaching my congregants that children should get married at a right age because child marriage does not last long since the victims will later realise other things which they missed when they were young.

“I am also against the issue of marrying many wives in these apostolic churches as it is also another driver of child marriage where the leaders are targeting these young girls as wives,” said Madzibaba Mutumwa.

He further said there should be an end to the common belief that if a girl engages in pre-marital sex, is seen with a boyfriend or returns home late, she is forced to marry to mitigate the shame.

In terms of legislative interventions, countries in the SADC region are also doing quite some work to end child marriage which remains a problem in the region due to a variety of factors.

These include poverty; gender inequity; tradition; insecurity, especially in times of conflict, limited education and lack of adequate legal frameworks in member states, most of which are inconsistent.

The establishment of “A Guide to Using the SADC Model Law on Eradicating Child Marriage and Protecting Children Already in Marriage for Parliamentarians, Civil Society Organisations and Youth Advocates”, is one example of legislative interventions.

According to the guide, the SADC Model Law on Eradicating Child Marriage, and Protecting Children Already in Marriage adopted by the Plenary Assembly of the Southern African Development Community Parliamentary Forum (SADC-PF) on June 3, 2016, constitutes a milestone in the efforts to end child marriage in Southern Africa.

The guide further explains that the Model Law provides guidance to parliamentarians, Ministries of Justice, policymakers and other stakeholders in SADC member states as they develop effective national laws to end child marriage and address inconsistencies in their current legal frameworks.

In conclusion, it can be stated that there are a number of challenges that may be a hindrance to the eradication of child marriage, some of which are as follows: lack of effective and well streamlined birth registration systems making age determination difficult for purposes of enforcing a law on child marriage.

Hence, the effort to end child marriage cannot succeed without greater acceptance of adolescent girls’ sexuality and their rights to make their own informed choices about their relationships, and their sexual activity.

Gibson Mhaka is a senior reporter with Zimpapers-B-Metro. This story is part of the GL 16 Days SRHR News Service. Picture courtesy of B-Metro