News Zimbabwe: Child marriages, a cause for concern... 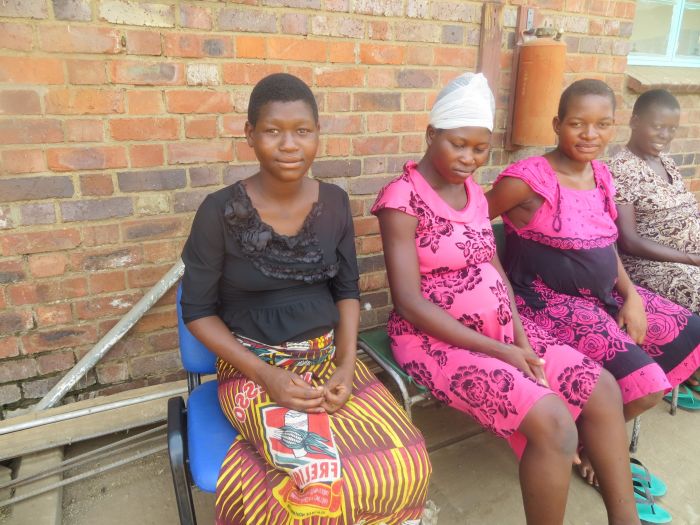 Zimbabwe: Child marriages, a cause for concern

Harare, 4 December: At 21, Tendai Matekenya is already a divorced mother of two having endured a seven-year abusive marriage.

Tendai, from Pfinyanguwo village in Rushinga is now employed as a housemaid at a suburb in Harare in order to take care of her two children following the death of her husband.

She says she was compelled to marry her late sister’s husband at the age of 14 through a Zimbabwean traditional custom known as ‘chimutsamapfuwa’.

Tendai’s predicament is faced by a myriad of girls in Zimbabwe who have not been protected by the law and whose fundamental civil liberties have been violated because of traditional practices and norms.

Zimbabwe has put in place various national legislative instruments aimed at guaranteeing the girl child’s legal rights, particularly the Marriage Act which allows girls to marry at the age of 18, thanks to the January 2016 Constitutional Court landmark judgement which declared 18 years as the legal minimum age of marriage. The court ruling also deemed all forms of child marriage unconstitutional.

Despite the milestone ruling coupled by international conventions as well as domestic legislative instruments, child marriages remain prevalent in Zimbabwe, particularly in rural communities where customary law has been allowed to overcome formal law.

“When my sister died, I was 12 years old and I was told I would marry her husband when I turned 14,” says Tendai.

“Just a month before my 14th birthday, I became a bride although there was a lot of resistance from my mother who at one time threatened to commit suicide.”

Tendai says her marriage to her then 35-year-old husband had the blessing of a local traditional leader.

Many girls like Tendai suffer due to the conflict between formal and customary legal systems that is frequently unaddressed.

“In the case of child marriages, customary law has been allowed to prevail over legislative instruments,” said Harare-based sociologist Yotamu Chirwa.

“There are increasing cases of child marriages in the society and little is being done legally to deal with that.”

According to Platform for Youth Development Trust (PYD), a community-based organisation in Chipinge, harmful cultural practices are a structural problem in the area and there are different forms in which this phenomenon is manifesting.

“These harmful cultural practices are manifesting in the district because women are torn between breaching confidentiality by using the law and observing allegiance to a patriarchal culture,” said PYD gender and advocacy officer Cynthia Gwenzi.

While some countries like Mozambique, Zambia, Uganda and Ghana, among others have come up with strategies and policies to curb child marriages, Zimbabwe has none, save for the January 20, 2016 Constitutional Court ruling.

Child rights activist Nyari Mashayamombe said the issue of child marriages in Zimbabwe is an elephant in the room. She says there is lack of political will considering the high prevalence rate of child marriages, particularly in rural areas.

“Government has been promising the Child Marriages Bill that enforces the law on perpetrators and offenders, but it has been five years since the new Constitution was put in place and nothing has materialized,” says Mashayamombe.

She says overcoming child marriages requires a multi-pronged approach that ensures all Zimbabweans play their part.

“First of all, society must understand the negative effects of child marriages such as perpetual cycles of poverty, maternal mortality, marginalization of women in positions of leadership, GBV and dragging in development among many issues,” she says.

“Secondly, there must be water-tight laws that should be backed up by a strong justice system that delivers for the best interests of the child. Thirdly, the government must earnestly invest in children’s education as one of the firm social protection systems to reduce vulnerabilities to child marriages and child labour.”

Zimbabwe Gender Commission CEO Virginia Muwanigwa said the commission has embarked on sensitisation workshops through traditional authority structures with the aim of transforming communities to be more sensitive on sexual and reproductive health and rights.

“Zimbabwe Gender Commission has done a research on child marriages. The commission is raising awareness on gender-based violence by talking to gate-keepers of culture, traditional leaders and communities to eradicate this problem,” she says.

“The commission has also added its voice to those calling for more protection on the girl child in line with the Constitution. This includes calling for alignment of laws to give effect to Constitution.”

“The legal minimum age of marriage is 18 years and in terms of Section 78 of the Constitution, only persons who have attained 18 years can be married,” he says.

“This provides protection to young girls and the Constitution is the supreme law of the land and Section 2 states that any tradition or custom that is inconsistent with the provisions of the Constitution is invalid to the extent of such inconsistency. This read together with Section 80 (3) makes it clear that child’s marriages are not permissible.”

Tendai, who dropped out of school when she was in Grade 7, says it is time for certain cultural norms and practices related to sexuality to be scrapped off.

Moses Mugugunyeki is a journalist from Zimbabwe. This article is part of the Gender Links 16 Days News Service #VoiceandChoiceCampaign

Comment on Zimbabwe: Child marriages, a cause for concern Cancel reply