News Zimbabwe: Safety in Schools, a walk down memory la... 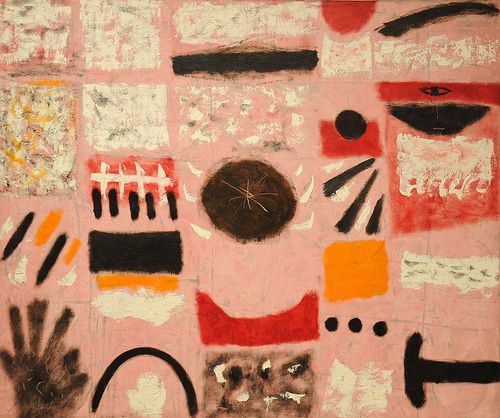 Zimbabwe: Safety in Schools, a walk down memory lane

Harare, 26 November: The global theme for the Sixteen Days of Activism Against GBV this year Make Education Safe for All – demands safety in schools. It is critical to ask if girls and young women are enjoying progressive realisation of their rights to education, bodily integrity and freedom from all forms of violence and discrimination in the school environment.

I am a rural child and in my experience girls face the threats of GBV in the home, on the way to and from school as well as within the school system itself. Such violence is fuelled by rampant impunity. Male teachers, the police and soldiers continue to target children under the age of 18 years for sexual violence and sometimes marriage.

Police stations, the first port of call for victims of abuse are male dominated and hostile to women, let alone children! The 2012 baseline survey to assess perceptions of ordinary women and girls on the efficacy of the police in enhancing their security revealed that generally women feared police and were dissatisfied with services. Only 4% of women in the survey were very satisfied with police services, 31% were satisfied and a whopping 65% were not satisfied.

The Sixteen Days theme reminds me of the physical abuse I suffered and the sexual abuse I witnessed in 1983 when I was a Grade Seven student at a primary school in Bindura district, Zimbabwe. Early in the second term we noticed our married teacher was sexually abusing a girl in our class.

When the headmaster heard rumours about the affair, he beat the hell out of the six most academically gifted students who were talking about this and cautioned us to keep quiet about it. Our backs were so sore that we could not sit straight for two weeks. My mother nursed me to health by putting salt on the sore backside, cursing the teacher and the headmaster as clueless idiots all the time!
I noted that the parents of the girl got front row seats during the prize giving day, right next to the headmaster and seemed genuinely delighted about this recognition. The group of six students were horrified and we realised this was beyond us. At the end of the year the teacher married our colleague as a second wife.
Two years later a form two teacher made my other age mate pregnant; he who proceeded to marry her amid pomp and ceremony. Yet another age mate was impregnated by a young man in the village the same year. Only me and one age mate from our village completed form 4 in 1987. We survived!
Levels of GBV have remained very high in Zimbabwe. According to the VAW Baseline study, “Peace Begins at Home,” carried out by the Ministry of Women Affairs, Gender and Community Development and Gender Links in 2013, 68% of women suffered some form of GBV in their lifetime.

In 2014, the then minister, Oppah Muchinguri, revealed that 5000 children were sexually abused every year in Zimbabwe. Nyaradzo Mashayamombe, the Director of Tag a Life, concurs that GBV is still rampant in schools perpetrated by boys, teachers, school workers, older men in the community surrounding the school.

The “Take Action” research by UNICEF Swaziland and Zimbabwe revealed that GBV is rampant in schools and is surrounded by the conspiracy of silence. Girls who experience it describe the school environment as chilly and are scared to go to school. The effects of GBV are grave as a Girl Child Network (GCN) report of 2011 reveals that an estimated 2000 girls died as a result of complications and infections resulting from sexual violence between 1998 and 2004 in Zimbabwe.

Zimbabwe has a new constitution which guarantees the rights to education, bodily integrity and freedom from all forms of violence. Virginia Muwanigwa, the chairperson of the Women’s Coalition of Zimbabwe (WCoZ), noted that we should take stock of the progress made by the government to make schools safe and secure for girls and demand more.

She reports that students in tertiary institutions have reported high cases of alleged sexual harassment by lecturers in exchange for high marks. Virginia acknowledged that the socio-economic crisis in Zimbabwe has shifted focus from GBV in school to issues of survival, ie socio-economic rights. There is need for continued advocacy to address this challenges and improve safety and security in the education sector.

Enhancement of the safety and security of girls and young women has been painfully slow and there is need for the government, the duty bearer to step up and implement policies and legislation to mitigate and prevent GBV in schools.

Unfortunately children who stand up for themselves can sometimes become further victims of verbal or physical abuse once they turn down the advances of educators or support staff. The Masvingo court heard a case in which a 38 year old teacher barred a 15 year old girl from attending his classes after she spurned his advances. The girl was only allowed into class after the teacher had raped her several times in his living quarters!
Just as the cases in my early years, early marriages remain a threat to the rights of girls in the education system. Plan International Zimbabwe reports that 21% of girls in Zimbabwe are married by the time they reach 18 years. Child marriages constitute sexual and economic violence and abuse of the girls and these seem to have been normalised in Zimbabwe with a prevalence of 30% against a world average of 29%.

But we need to do more: much more. Making schools safe places for learning, requires long term work that relies on the cooperation and participation of school heads, teachers, informed students and parents, the police, a solid and gender sensitive legal framework, the health professionals, the involvement of human rights organizations who already have a long history and excellent track record of working on issues of abuse and speaking out. The work has been cut out for us, let us delve in!

(Netsai Mushonga (Ms) is a Development Consultant – Women’s Rights, Gender and Peacebuilding, based in Harare, Zimbabwe. This article is part of a special series for the Sixteen Days of Activism being produced by the Gender Links New Service).

Comment on Zimbabwe: Safety in Schools, a walk down memory lane Cancel reply