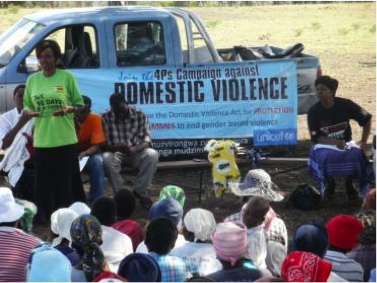 Government is working on legislation to provide mandatory sentencing for rape and sexual abuse after Cabinet unanimously agreed that there was need for stiffer sentences such as life in prison for perpetrators, Vice President Phelekezela Mphoko has said. Speaking at the commemoration of the International Day of the Girl Child and the launch of the national HeForShe Campaign, VP Mphoko said the country was experiencing intolerable levels of violence against women and girls.

“I am informed that the Attorney-General’s Office is already working on legislation to provide for mandatory sentencing for rape and sexual abuse. As Cabinet, we unanimously agreed that we need these stiffer sentences such as sentencing perpetrators to life in prison. “I urge the Ministry of Justice, Legal and Parliamentary Affairs to expedite passage of the bill through Parliament. Another equally disturbing phenomenon is the issue of child marriage, where girls as young as six years are married off,” he said.