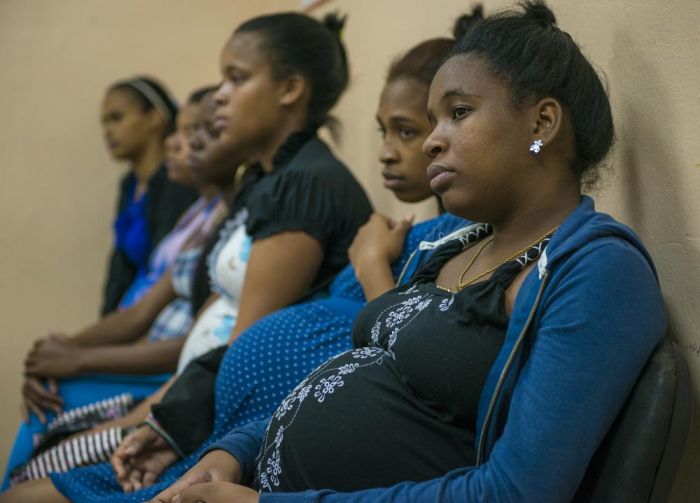 Harare, 8 December: Chipo, a sixteen year old housemaid recently fell pregnant.  She was quickly whisked to the home of her boyfriend John, a 24-year-old self-styled prophet. When she got there she found Sandra, another pregnant teenager already cohabiting with John. The three now lodge a single room, in Old Highfield, one of the oldest suburbs in Harare, Zimbabwe.

John is unemployed. During the tobacco season, he worked for his uncle, who buys and sells the golden leaf. The Tobacco Auction Floors were closed in October and since then he survives on meagre offerings of the people that he assists spiritually. His uncle also provides him with limited financial assistance.

John is married with two children. His wife and children live in Guruve, in Mashonaland Central, almost 160km from Harare. John’s wife is a communal farmer, who remains largely ignorant of the fact that her husband recently impregnated two teenagers.

Consequently, John’s two teenage ‘brides’ find themselves between the proverbial rock and a hard place.

Chipo is an orphan. Her parents succumbed to HIV and AIDS related illnesses, a few years ago. She became a maid because she found life with her uncle difficult. Her two married siblings are vendors.

Sandra lived in Mbare, Harare, where she was involved in sex work. That was before she eloped with John.

The stories of Chipo and Sandra are being replicated countrywide. Zimbabwe Demographic and Health Survey 2010/11 noted that a quarter of female adolescents were married or in union by the age of 18. The Multiple Indicator Cluster Survey 2014, states that 24 percent of adolescents aged between 15 and 19 had begun childbearing.

Tragically, there are high teenage pregnancies among girls aged between 15 and 19. About 17 percent of them are already mothers, according to the Zimbabwe National Family Council. This situation is exacerbated by the fact that Zimbabwe is yet to legalize safe clinical abortion. Abortion is outlawed except in circumstances of rape, incest or if a woman’s life is in danger.

Marie Stoppes International says that due to highly restrictive abortion laws (in Zimbabwe); each year more than 70,000 women undergo life-threatening unsafe abortion procedures. Zimbabwe’s law on abortion has been in existence since 1977.  There has been mounting calls for amendments to the laws, as large numbers of teenage girls die from backyard abortion, whilst others dump their newborn babies.

With no access to safe-abortion and no funds for backyard abortion, as well as the dangers that come with unsafe abortion, Chipo and Jane may choose to become mothers.

In addition to the challenges of becoming mothers at tender ages, other girls in Zimbabwe have gone on to engage in transactional sex. The red districts for such activities in Harare are the informal settlements of Epworth and Hopley Farm, where girls as young as 16 engage in transactional sex with older men, some who are business executives. Anthony and Touchline in Hopley and Booster in Epworth are well known spots where mainly teenage girls operate.

These teenage sex workers cannot negotiate for safe sex as most of their clients prefer to have unprotected sex.  Although child prostitution is a serious violation of human  and child rights, lawmakers have kept this issue on the back burner.

This the fact that teenagers who engage in sex work, risk unwanted pregnancies, HIV/AIDs and sexually transmitted infections is not taken into thorough consideration. Most of these teenagers come from very poor households, are orphans and vulnerable.

Yet in Zimbabwe, society has come to perceive them as juvenile delinquents, who abuse drugs and engage in transactional sex with people who are the ages of their fathers.

Although Zimbabwe had a milestone achievement when it declared 18 the legal age of marriage in 2016, more needs to be done in order to curb the sexual exploitation of children as well as to significantly reduce the rate of teenage pregnancies.

Not only does teenage pregnancy carry social stigma, but also leads to lower level of education and poverty. In addition to dropping  out of  school, pregnant teenagers end up being  chased  away  from  home, or are even abandoned  by  the  man  responsible  for  the  pregnancy. This may lead to stress, low self-esteem or even suicide.  It also significantly contributes to maternal and child mortality.

The solutions for preventing teenage pregnancies go beyond encouraging government to formulate and enforce laws and policies that prohibit sexual intercourse with persons below 18 years of age. Teenagers must also be fully equipped with the knowledge and resources that will enable them to take control of their own sexual reproductive health and rights.

This is echoed by Cheikh Tidiane Cisse, UNFPA Representative in Zimbabwe, who remarks that, “Realising the demographic dividend in Zimbabwe requires facing the challenges of adolescents and young people by investing in them, promoting their development, and expanding access to adolescent sexual and reproductive health services to reduce teenage pregnancy. In increasing the proportion of educated and productive young people, the country can boost its development.”

*names have been altered to protect the privacy of sources

Edward Kuyipa is journalist from Zimbabwe. This article is part of the 16 Days News Service #VoiceandChoiceCampaign