News Zim: The cost of Poor SRH services for women... 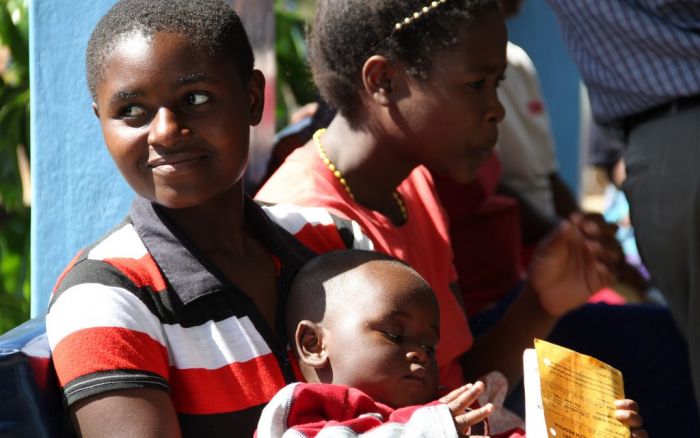 Zim: The cost of Poor SRH services for women

Harare, 3 December: The alleged suicide of a Zimbabwean female university student a few weeks ago over an unplanned pregnancy is a stark reminder of how we still have major gaps in the provision of reproductive health services. The National University of Science and Technology (NUST) learner chose a painful way to die being crushed by a train, instead of carrying the ‘shame’ of an unwanted child.

The death of Blessing Mangena robbed her family, community and the nation of a future statistician who could have contributed to building the country. The rhetoric on harnessing the demographic divided across the continent is invalid outside comprehensive sexual reproductive health services (SRH).

Mangena’s story is related to the case of Emelda Ngaruwe* who also became pregnant as a college student. Her boyfriend at the time physically assaulted her and demanded she abort the pregnancy. Her fear of embarrassing her parents and the likelihood of being forced to marry someone who clearly did not want to be with her scared her. The possibility of dropping out of school was even scarier.

“In the end, I went and had the procedure done at a private doctor, illegally of course,” she says. The emotional scars of the physical violence have remained with me, the fear of being arrested is now gone. I have struggled with the morality of the decision due to my Christian beliefs, but I cannot help the feeling of relief I have to this day.”

Ngaruwe is now married, graduated with a Master’s degree a year ago and is expecting her first child in 2019. She is the breadwinner for her extended family of more than eight people.

The two cases show us the possibilities offered by a comprehensive package in SRH services. The issues that intersect on this subject are too many to focus on in one article. The issues around deferred and shattered economic dreams of young women are rarely brought to the fore.

The 2017 African Union (AU) policy brief on harnessing the demographic divided makes the case for access to SRH information, services, and care. This supports young women to exercise their sexual and reproductive rights, stay healthy, and become better prepared to contribute to household finances and ultimately to local and national economies.

In a journal article published in October 2018, Sully et al, report that an estimated 40% women of reproductive age have had unintended pregnancies in Zimbabwe. This is an alarming figure given that it impacts mostly young women who still need to access educational opportunities. The incident in older women is curbed by the social and moral acceptability of using contraceptives.

Jimmy Wilford, the Founder and Director of Students and Youth Working on Reproductive Health Action Team (SAYWHAT) argues that a ‘fake’ conservative society is our society’s major misgiving. 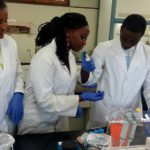 Wilford also says the same thinking behind women’s universities and banks should go into reproductive health care. If this is not done, those development institutions will not fulfill their mandate as their potential clients are still grappling with basics like access to health.

As we commemorate the 16 days of activism against gender-based violence (GBV), it is essential to assess how poor access to SRH is a catalyst for violence against women and enabler of poverty, which already has a female face across the globe.

“The potential for women to contribute to national development continues to be underestimated by lack of adequate SRH services. Unfortunately, even at home, girls fail to communicate such issues with their families, as they fear being called names. There is a need for safe spaces supported by institutions and policies. ” she says.

Ennie Somerai a member of the Girl Child Empowerment Club, NUST Division says there should be strategic planning around ensuring peer-to-peer counseling is a priority particularly in educational set-ups. 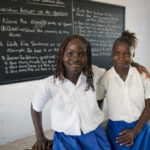 “Going to an elderly person especially a nurse whom you are not familiar with is not an easy thing to do. I once felt the need for counseling services and found it difficult to use the available facilities within the college,” she says.

Somerai says while some of the facilities are there, their impact is minimal because educational institutions consider their roles to be in the background. This she finds unfortunate as SRH services are needed more as young women grow.

“They should be more aggressively marketed and not talked about in passing during orientation-young people should be at the forefront of service provision too,” she adds.

The “Maputo Plan of Action” and the African Union Commissions’ “Africa Health Strategy 2016-2030” have prioritized SRHR to encourage action towards realizing Agenda 2063 and African development goals. Priority SRH issues raised include access to contraception, STIs and unsafe abortions among other issues. The plan, which is a multi-disciplinary approach, has the potential to not only raise healthy young women, but it would also improve their contribution to household and national incomes. More importantly, these gains have the ability to transcend generations.

In conclusion, 365 days of action against gender based violence should be a reminder that poor SRH services to young women are a violation of their rights, reinforcement of poverty and a systematic destruction of the economic potential of communities and nations.

Vimbai Chinembiri is a journalist from Zimbabwe. This article is part of the Gender Links 16 Days News Service.

Comment on Zim: The cost of Poor SRH services for women Cancel reply