Press Releases Is Africa rising enough for its women?... 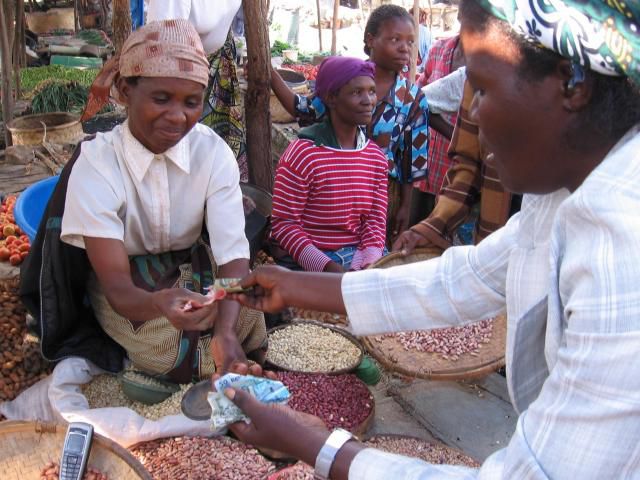 Is Africa rising enough for its women?

Johannesburg, 22 May: May 25 marks Africa Freedom day and many people across the continent and in the diaspora hold celebrations to mark this special occasion. On this day we celebrate the unity and solidarity of our founding leaders who sacrificed it all for the sake of our freedom and independence.

As the beneficiaries of this freedom and independence we have so much to be grateful for and to celebrate. Africa has come a long way from the days of colonial rule. Gone are the days when the majority population of this continent were forced to live as second class citizens in their own motherland.

A sizeable number of countries in the continent in addition to gaining political independence have gone on to register unprecedented economic growth in the past few decades. A 2011 article by the Economist magazine introduced us to the “Africa rising” narrative. This positive narrative captivated the continent and became a subject of interest in the media, in policy debates and even in academic research. For many it was a harbinger of good things to come. A better Africa that will respond to the needs of her people, close the inequality gaps and ensure a return to the rule of law.

However six years down the line when I hear people talking about Africa rising, I cannot help but ask myself, “For whom is Africa really rising for? The leadership of this continent is still as patriarchal as it was 54 years ago when the first Africa Day was commemorated. Corruption is at its highest, with our economies controlled by a few with no regard for the majority poor. Thousands of Africans both women and men continue to die crossing the Mediterrian to Europe for a ‘better life’ doing menial jobs. Our health and education systems are in a coma with most of our leaders and a few rich ones spending millions of dollars on these services in Europe and Asia.

The reality on the ground is that despite all the hype around the Africa Rising fad the situation for women and youth in this continent has not changed that much in the last few decades. Women have so little to celebrate given the ever increasing gender inequality gaps politically, economically and socially.

In the past 54 years the continent has only had nine women as Heads of States with the majority of them in acting capacity. Research done by Gender Links shows the patriarchal nature of Africa’s politics which has not allowed space for female leadership. According to the Inter Parliamentary Union Sub Saharan Africa is currently sitting at 23. 6 % representation which is way below 50 % mark. If the current trends continue there is no hope for gender parity in our lifetime.

Many governments in Africa and in Southern Africa in particular are yet to recognise the role women play in the growth of their national economies through their contribution in the informal sector. This makes most their work unwaged and unrecognised yet the United States Agency for International Development (USAID, 2010) estimated that the value of trade conducted by women in the SADC region alone is approximately US$7 billion annually.

For those employed in the formal sector, gender discriminatory practices still persist. Globally, women only make 77 cents for every dollar earned by men for work of equal value, effectively being “robbed.” Early this year the UN Women in response to the gender wage gap launched a campaign called #stoptherobbery.The campaign raises awareness of the gender pay gap. The campaign calls for equal pay and women’s economic empowerment as part of achieving full gender equality.

With the effects of climate change becoming more pervasive across the continent women as primary care givers are left grappling with limited food security options and access to water. The lack of water in a community affects women and girls’ access to education, compromise their health and sanitation needs and often pauses security dangers when they have to wait until it is dark in order to relive themselves in open spaces.

On the other hand gender based violence continues to wreak havoc across the continent with increased incidences of violence against women in both private and public spaces. Research conducted by Gender Links in Southern Africa shows that violence against women is rife in the region. Recently in South Africa high profile cases of femicide have brought the issue into the public agenda with many calling for increased political will in dealing with the challenge.

Sexual violence is also increasingly being used as a war tactic in conflict countries. According to the United Nations a sizeable number of cases have been recorded in Democratic Republic of Congo, Liberia, Nigeria, Somalia, and Uganda. However it also emerged that the peace keepers who are supposed to protect women during conflict have also been implicated in sexual violence cases.  In 2014 a Human Rights Watch report brought to light how soldiers from the African Union Mission in Somalia (AMISOM) had sexually abused and exploited vulnerable Somali women and girls on their bases in Mogadishu.

It is against this gloomy backdrop that civil society has started organising under the banner, ‘Africans Rising’  to come up with a new broad-based African civil society initiative that will seek justice, peace and inclusive dignity, driven by people from below and that is not confined by borders.

Africa Day therefore gives us an opportunity to challenge our leaders to live up to the commitments they have made to their people through the Sustainable Development Goals (SGDs) and Agenda 2063 ,’The Africa we want’. This is the time to turn the commitments into actions and results for an equal and sustainable future for all.

Lucia Makamure is the Advocacy and Network Building Coordinator at Gender Links .She writes in her personal capacity. This article is part of the Gender Links News and Blogs service.

Comment on Is Africa rising enough for its women? Cancel reply