Press Releases Bring Back our Girls: Three years on... 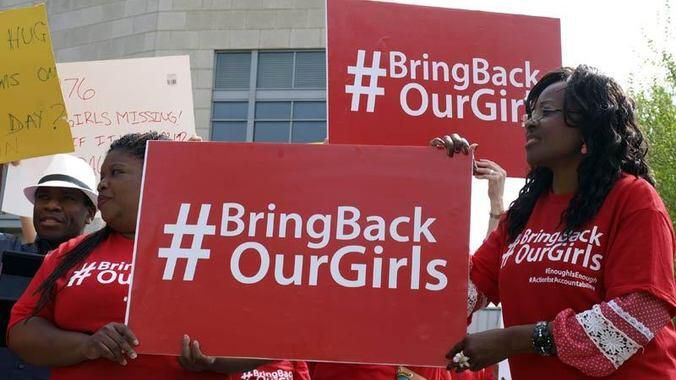 Bring Back our Girls: Three years on

Johannesburg, 20 April 2017: Gender Links and the SADC Gender Protocol Alliance joined millions of other women around the planet who on April 14 marked the third anniversary since the abduction of more than 200 schoolgirls from a Chibok government secondary school by Boko Haram. To date 57 have managed to escape, 24 returned and 195 of them remain missing.

We laud the activists who have spearheaded the social media campaigns under the hashtags #BringBackOurGirls and #BringBackOurDaughters to demand meaningful action, and the daily protests that have been taking place across Nigeria calling for more to be done to free these young African girls from this appalling situation. In collaboration with our Nigerian and other sisters around the globe we seek to show our solidarity against all religious fundamentalism and human rights violations perpetrated against women and the girl-child wherever they may occur.

It is shameful that this outrage, attributed to the Islamic militant group Boko Haram, whose name means “Western education is forbidden” in the local Hausa language, takes place within a Decade dedicated to African Women, and within a continent where women’s education provides the hope of gender equality and women’s equal participation in shaping the economic, social and political destinies of our continent. Since Nigeria is one of four African countries (Nigeria, Ethiopia, DRC and Tanzania) among 9 countries worldwide expected to account for 50% of the world’s projected population increase from 2010 to 2050, individual African women’s reproductive choices will have a major impact on global sustainability scenarios. To deprive young Nigerian women not only of their human right to education, but to subject them to sexual violation and the threat of forced marriages, thus depriving them of reproductive choice, is one of the most serious human rights violations than can be perpetrated against girl-children.

We demand that every possible avenue be explored to secure the immediate release of these young women. If women are to become the agents of their own development, there is an urgent need for a global partnership to eradicate all vestiges of religious fundamentalism, patriarchy and the violations of the human rights of women and the girl child in every corner of the world.

Comment on Bring Back our Girls: Three years on Cancel reply