Press Releases CGE outraged at molestation of learners in Soweto... 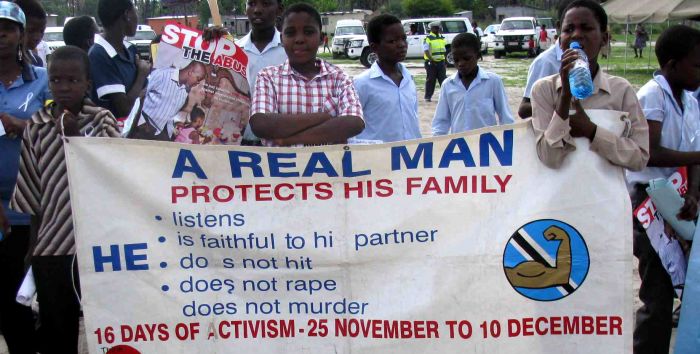 CGE outraged at molestation of learners in Soweto

The Commission for Gender Equality (CGE) has learnt with outrage and disgust about the molestation of 83 learners at AB Xuma Primary School in Soweto by a Scholar Patroller.  Through its mandate, the CGE will ensure that it supports and ensure that adequate interventions and responses are put in place by relevant state institutions and other stakeholders to ensure that no such flagrant abuses take place especially against defenceless children in a place of learning.

The CGE has also learnt that the alleged suspect has been apprehended by the police and has appeared before the courts. The CGE applauds the police for moving swiftly in arresting the alleged perpetrator and calls for justice to be served.   The Commission is also particularly worried at the secondary victimisation these learners suffered at the hands of those who were meant to protect them as there is allegation of cover-up by the Principal and Senior Management. The CGE will closely monitor the case as part of its routine court monitoring processes.

The Acting Chairperson of the Commission for Gender Equality, Dr. Nondumiso Maphazi, has this to say about the incident:

“It is with great sadness that we experience yet another horrific case of child molestation in our country. It should be noted that this happens at the time when the CGE is embarking on community outreach programmes and measures to raise public awareness on matters of gender based violence in our society. I would like to encourage stakeholders with specific interest in this matter to work together with the school, the office of MEC Lesufi and relevant law enforcement agencies not only to ensure that the perpetrator is dealt with, but also to ensure greater awareness of the risks of child abuse in our communities in general and our schools in particular”.

Dr. Maphazi further reiterated that: in accordance with section 54 of the Sexual Offences Amendment Act 32 of 2007 there is an obligation on all of us to report acts of sexual offences against children, women and persons who are mentally disabled. Failure to report this is considered an offence punishable by a fine and / or imprisonment.

We urge members of the public with information about acts of gender based violence and abuse of women or children, among others, to call our Toll-Free Number 0800 007 709 to report such cases.

The Commission for Gender Equality is established in terms of Section 181 of the Constitution of the Republic of South Africa in order to promote respect for gender equality and the protection, development and attainment of gender equality.