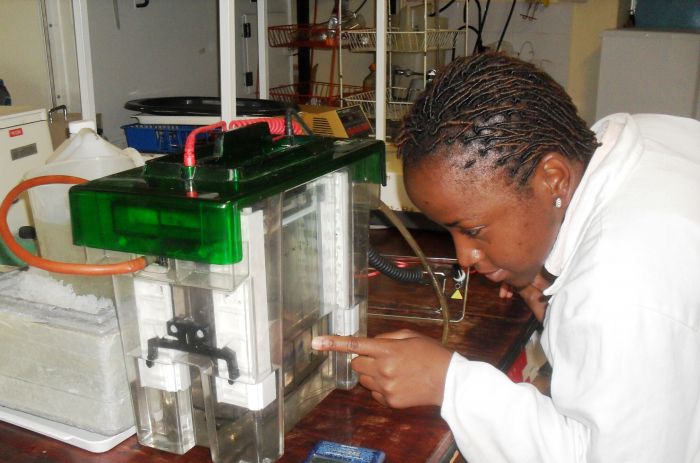 Johannesburg, 7 March: On 8 March 2017, Gender Links (GL) joined the world in celebrating International Women’s Day (IWD) under the United Nations theme “Women in the Changing World of Work: Planet 50-50 by 2030.”

GL, notes the huge changes happening in world of work and calls on all Southern African Development Community (SADC) leaders’ to take decisive action to address women’s economic empowerment and participation in different areas of work and focus on other key priorities in the SADC Protocol on Gender and Development.

International Women’s Day is a global day to celebrate the economic, political and social achievements of women past, present and future. We also take this time to call for action on urgent issues that will better the lives of women in the region.

This is the second International Women’s Day celebrations after the adoption of the Sustainable Development Goals (SDGs) which amongst other issues prioritises the empowerment of women and girls through decent work and removal of legal and economic barriers of empowerment. The SADC Gender Protocol also recognises unpaid care and domestic work through public services, infrastructure and social protection. It also recognises the need to create decent work for women.

There is urgent need to transform socially accepted rules and attitudes that hinder women from entering into fields of study  such as Science Technology Engineering and Maths (STEM) where they are grossly underrepresented which will springboard them into non-traditional areas of work.

There is also urgent need for economic empowerment that will allow for a change in the value given to work undertaken by women especially in the informal sector, rural subsistence farming, domestic work, care work and voluntary community work. Work by women in these sectors is the livelihood of countless women which often goes unnoticed and therefore operates outside the helm of the mainstream economy.

Furthermore women need to own and control means of production and resources and equally benefit from economic opportunities if they are to fit well and partake in the changing climate of work.

According to the SADC Gender Protocol 2016 Barometer the gender division of labour is still strong in all SADC countries with “most women predominating in lower paid areas traditionally associated with women such as domestic work, teaching at primary level, nursing, secretarial and clerical posts. In comparison men predominate in higher paid professions such as engineering, construction and decision making roles.”

This calls for the urgent review, amendment and enactment of sound laws and public policies including affirmative action policies. This will ensure women and men have equal access to education, varied work opportunities, resources and equal pay for work of equal value. Furthermore barriers that hinder women from involvement in the mainstream economy need to be addressed through these policies and laws to allow women’s meaningful contribution to the changing world of work.

We urge all SADC governments to #BeBoldForChange for women to realise equal opportunities as men throughout all sectors.