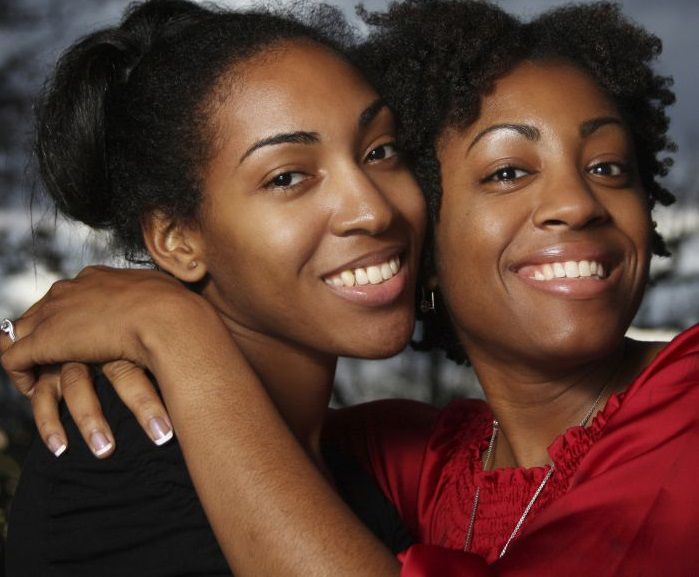 Mother’s day in a diverse world

On  Wednesday the 17th of May 2017, the world joined in solidarity to mark the International Day against Homophobia and Biphobia (IDAHOT). Created in 2004, the day is used to draw the attention of policymakers, opinion leaders, social movements, the public and the media to the violence and discrimination experienced by lesbian, gay, bisexual and transgender (LGBTI) people internationally.

17 May has over the past years established itself as the single most important date for LGBTI communities to mobilise on a worldwide scale in support of the recognition of human rights for all, irrespective of sexual orientation or gender identity or expression.

Citizens across the world used the day to challenge unprogressive stereotypes around gender and sexuality with strong calls for the recognition of diverse families. These calls come hardly a week after the celebration of Mother’s Day.

First celebrated in 1908, Mother’s Day is an annual event celebrated on various days in many parts of the world, most commonly in the months of March or May. Many used the day to show their appreciation towards their mothers, grandmothers, aunts and friends for their invaluable contributions to their lives such as being maids, waitresses, teachers, nurses, referees, handyman’s, counsellors, chauffeurs, hairdressers and event planners.

However, as we observed IDAHOT the past Wednesday and with strong calls coming from the United Nations and civil society and a few progressive governments calling for the recognition of diverse families, is it not high time that we start to move out of the box and start celebrating days like Mother’s Day and Fathers Days in a different way to make them more inclusive of our sexual diversities.

The recognition of LGBTI rights by international human rights institutions and our governments gives us an impetus to start challenging our gender stereotypes on how we view the modern-day family and the roles of women and men in these unions. In the weeks leading to Mother’s Day, the media went full swing with adverts perpetuating the stereotypes on motherhood which are usually heavy on the feminine side.

However, not all mothers out there are necessarily identified as women. We now have families made up of either two females or males without clearly defined roles on motherhood or fatherhood. In other cases, we have transgender couples raising families.

The Universal Declaration of Human Rights 1948 as the foundation of international human rights law proclaims that forms of discrimination between human beings on the grounds of gender, ethnicity or race is an offence and abuse of human rights and must be condemned.

Closer to home many Constitutions in the Southern Africa Development Community (SADC) region prohibits unfair discrimination on the grounds of sex and gender. South Africa is the only country in the region with the most progressive Constitution on LGBTI rights. Results from a gender attitudes survey in the 2016 SADC Gender Barometer  shows that citizens in the region are largely homophobic and this could be a possible explanation why the media is reluctant to start moving away from the biased perceptions on families.

However, in India the media has taken a lead in challenging these perceptions with the release of an advert a few months ago about a little girl and her transgender mother. Despite just breaking the internet with more than nine million views within its release the advert’ storyline pushes the issue of transgender rights within India. It also reveals the human side of the issue in just three and a half minutes.

Released online on March 31, the commercial by Vick tells is based on the true story of Gayatri, a young Indian orphan who was adopted by Gauri Sawant, a 37-year-old Mumbai-based transgender woman and social activist.

Gayatri is shown in a bus on her way to boarding school as she recalls her life and how she was adopted by Sawant after her birth mother was taken away in an ambulance, never coming back.

Throughout the ad, we catch glimpses of Sawant but she is only revealed in full when Gayatri turns to her and says, “This is my mom. Isn’t she lovely?”

The advert provides meaningful  debate on how society can start challenging gender stereotypes and celebrate days like Mother’s Day and Father’s Day in a more inclusive manner without excluding the LGBTI community.

Melody Kandare is the  Alliance and Partnership intern at Gender Links. This article is part of the Gender Links News and Blogs services.

Comment on Mother’s day in a diverse world Cancel reply