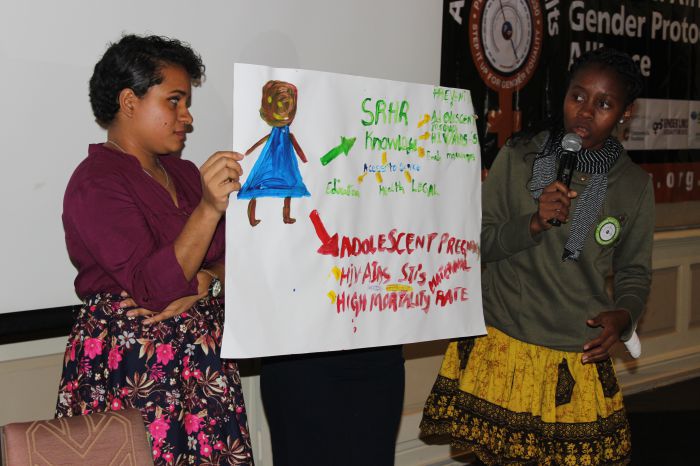 Gender Based Violence is a common problem in Seychelles and the majority of the affected are women. The most recent study shows that at least 54 percent of women have experienced some form of intimate domestic violence.

According to the 2016 SADC Gender Protocol Barometer gender, biased attitudes contribute towards violence against women in the Seychelles. Most disturbing is the notion that men have the right to control the behaviour of their wives and to ‘discipline’ them.

One must also keep in mind that these attitudes are deeply rooted in the tradition of the country, where for many years boys were brought up differently to girls and where stereotypes are reinforced rather than challenged.

While it used to be a common belief that only poor and marginalized women are abused, however, the fact is that women with different social backgrounds are affected. In fact, even high profile women have experienced some sort of violence at one point in their lives.

Another worrying trend is date violence which is common amongst young people; there are a lot of red flags in young people courtship. A lot of things are experienced especially by young women. The element of control and possessiveness are also often mistaken as a sign of love, but can easily escalate to violence.

Findings from the Seychelles attitudes survey from 2016 show that 79 percent of men believe that a woman should obey her husband. Furthermore, 35 percent think that a man should have the final say in family matters.

The same study also revealed that men tend to underreport gender based violence (GBV) – some men think that reporting violence is a sign of weakness and makes them ‘less’ a man. Again leading us back to how girls and boys are raised differently in Seychelles.

Boys are taught that ‘real’ men do not show emotion as it is considered a sign of weakness. On the other hand, they are taught to be tough as wood – that is why sometimes on television, men are seen advertising wood and tyres whilst women are seen marketing laundry and beauty products.

Nevertheless, things are slowly changing, as women are now venturing into once male dominated fields with more girls joining the Maritime Training Academy, at one time this institution was seen as purely for boys.

Today a higher number of women in Seychelles hold decision-making positions in the government– a woman heads the Central Bank of Seychelles, another stands as the head of the judiciary, with many heading ministerial departments. In July, two new women were appointed as ministers bringing the women’s representation in the cabinet of ministers up to five. There are currently seven men in the cabinet of ministers.

In Seychelles women own many assets from buildings to vehicles, women own land and can easily get access to means of finances such as loans. Something that a lot of women in the southern region only dream of. It is also good to note that high performers in educational establishments are mostly girls.

This article is a part of a series of the recently launched SADC Gender Protocol Young Women Alliance.