Press Releases SA: No to gender based censorship in the news... 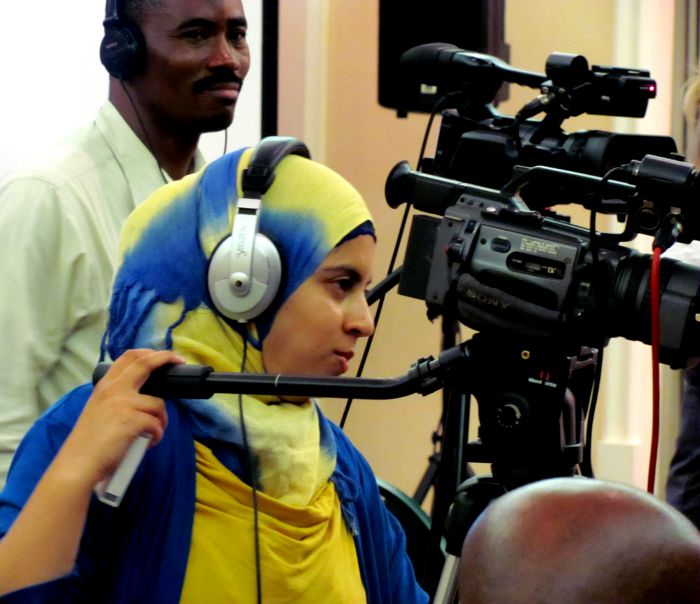 SA: No to gender based censorship in the news

Johannesburg, 3 May: On World Press Freedom Day held this year under the banner “Critical Minds for Critical Times”, Gender Links calls for an end to gender based censorship in the news.

A Southern African advocacy NGO that has done extensive research on gender in the media, Gender Links joins the Institute for the Advancement of Journalism, Freedom of Expression Institute, Media Development and Diversity Agency, South African National Editors in a robust debate today on challenges facing the media and its ability to effectively and independently represent citizens.

World Press Freedom Day 2017 (WPFD) takes place against the backdrop of the Gender and Media Progress Study (GMPS), a follow up to a Southern African Gender and Media Baseline Study (GMBS) in 2003. The study shows that since 2010 the proportion of women sources in the South Africa media has increased by just one percentage point to 20%, the same as the Southern African average.

The study found that women sources vary from 28% in Botswana and Seychelles to 6% in Democratic Republic of Congo. While some countries such as Mozambique and Zimbabwe have made significant progress over the years, the proportion of women sources in, South Africa (20%) and Namibia (19%) – two countries with supposedly the freest and most progressive media in the region – have remained virtually stagnant.

“We are very disappointed that after all the advocacy on this issue since 2003 there has been virtually no progress,” noted GL CEO Colleen Lowe Morna. “We cannot say we have a free press when half the population is effectively silenced. This is not the democracy for which so many sacrificed so much.”

In South Africa, press freedom remains a contentious subject. Conversations often focus on freedom of the press from government interference or the laws and media practices that hinder the press from carrying out its duties and not so much on citizens’ freedom to communicate and express themselves in the media.

The gender disparities in the news occur within a broader framework of media practices that marginalise women’s views and voices. This includes the lack of diversity in media ownership and management and lack of policies that promote equal voices for both women and men.

South Africa has a heavy reliance on voices of those in authority who are most likely to be men. Official sources dominate the news in South Africa with spokespersons making up 28%, experts 18% and government officials 9% of news sources, compared to person affected (11%), personal experience (19%), popular opinion (3%).

The GMPS shows that 46% of stories in the South African media are based on single sources. This is a worrying trend as it contributes to the low proportion of women sources since where there is only one source, the chances of this being a man in a male-dominated society are high.

Women mostly feature in celebrating diversity; challenging stereotypes and including the views of women and men on all subjects. Women’s voices are more likely to be heard on social issues than in “hard” news: The proportion of women sources is highest on Climate change (41%), Social issues (33%), Health, HIV and AIDS (31%), Celebrity, Art and Media (30%). Women’s views are missing in the most popular topics covered by the news including sports (9%), politics (17%) and economics (17%).

In South Africa, GL was unable to draw findings on the representation of women and men in newsrooms as only 12 community radio stations and one private media house (Media 24) shared data. The South African Broadcasting Corporation (SABC), the public broadcaster, declined to share information, despite repeated requests.

“It is ironic that the media should hold government to high standards of accountability and then not open itself to scrutiny,” Lowe Morna noted. “We are now in discussion with the diversity committee of SANEF on how we can follow up on the ground breaking “Glass Ceilings in South African newsrooms study of 2009.”

Read more information on the South Africa GMPS on the Gender Links website.

Comment on SA: No to gender based censorship in the news Cancel reply