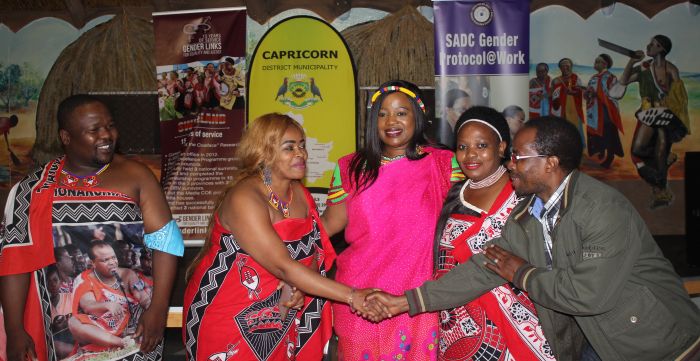 Representatives from Capricorn District Municipality are attending a joint South Africa and Swaziland Gender Justice Summit and Awards. The event is held on 09 and 10 May 2018 at Matsapha in Swaziland.

The aim of the summit is to share best practices on issues pertaining to gender and gender based violence. The summit is attended by representatives of organisations such as Capricorn District Municipality led by Cllr. Jara Masubelele Limpopo department of Health (district level), South African Local Government Association and representatives from some of CDM’s local municipalities. From Swaziland organisations that are represented, led by Cllr. Bongani Mkhatshwa are Gender links Swaziland, Swaziland Local Government Association, twelve of the thirteen town councils in the Kingdom of Eswatini.

Speaking during the event Cllr. Bongani Mkhatshwa representing the Mayor of Matsapha Town Council & Minister of  Housing and Urban Development in Swaziland, Phiwayinkhosi Mabuza said that he is sure that they will all learn from each other and improve on how they do things. The theme of the summit is “Local Action for a strong 2030  A- Gender in Southern Africa”.