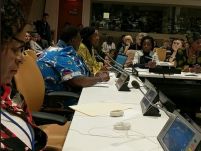 New York, 12 March: The Commisson on the Status of Women (CSW62) kick started today in New York City, in the Unitewd States of America. Thousands of women from across […] 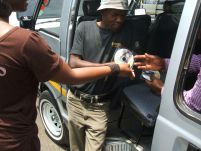 Tjoon’in is a Gender Links production in partnership with Ekurhuleni Metropolitan Municipality and Gauteng Women in Transport, produced with assistance from Community Media for Development (CMFD) Productions as part of the 2008 16 Days of Activism campaign. The CD is a mix of fun and interesting audio pieces.

Each year the Sixteen Days of Activism campaign has provided a rallying point for the governments, NGOs, CBOs and other stakeholders in the region to mount events aimed at raising awareness, influencing behaviour change and securing high level political commitment to end gender violence. The campaign takes place annually in the period between 25 November and 10 December. In the same spirit, GL and GEMSA along with various partners organised several thematic activities throughout the Sixteen Days campaign.

This year’s I stories were launched at Constitution Hill Jail Number 4 on the sidelines of a conference on domestic violence: “South African Domestic Violence Act: Lessons from a Decade of Legislation and ImplementationÀ The conference is being hosted by CSVR working with other Gender NGOs.

Events and themes for the cyber dialogues 2008

Cyber Dialogues Calendar for the 16 Days of activism 2008

Making IT work for Gender Justice 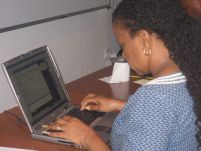 Information Communication Technologies (ICTs) has created a great opportunity for marginalised groups such as rural women to become empowered. Whilst there are issues around accessibility, there is no doubt ICTs have the ability to advance the gender equality agenda. 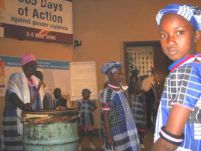 International Human Rights Day is the last day in the Sixteen Days of Activism campaign. This important day will be used by the campaign to impress upon society that in order to make a SADC region free from gender based violence a possibility, it is necessary to take action every single day of year.

Xenophobia has become a serious issue in South Africa, peaking earlier on this year, when pandemonium broke out in the townships in Johannesburg. Women migrants were particularly vulnerable to attacks in the form of sexual assault and verbal abuse.