The adoption of the Declaration and Treaty of the Southern African Development Community (SADC) at the summit which took place in August 1992 in Windhoek, Namibia, potentially marked a major step forward for Southern Africa. The treaty represents the culmination of processes that have been underway in the region for some time. 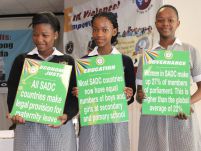 This paper sets out building blocks for the Southern African Gender Protocol Alliance in South Africa led by the Alliance focal network South African Women in Dialogue (SAWID) in collaboration with Gender Links, the Alliance Secretariat.

Welcome to the September 2014 edition of the Roadmap to Equality! Tracking progress towards the implementation and ratification of the SADC Protocol on Gender and Development.

The month of August marked important milestones for gender equality in the SADC region but also made louder the steps towards 2015, the year by which the SADC region should meet the targets of the SADC Gender Protocol. Celebrating women’s month in South Africa projected green lights for achievements in the education sector, HIV/AIDS and review of Constitutions by 11 countries in the region as reflected in the 2014 SADC Gender Protocol Barometer- launched in Zimbabwe, Mauritius, Swaziland and South Africa. However, red lights flash when it comes to gender and governance, health, media and climate change. The lack of improvement in these areas hinders progress toward equality in the region, hence the need to accelerate efforts post-2015 through ‘smart’ targets and indicators.

It’s great to be a woman in Southern Africa 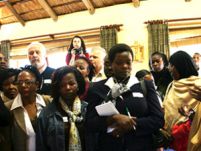 There is a confident swag in the way a South African woman walks through the office. She is used to being treated as an equal in recent years. Men do not routinely talk over her and her opinion matters.

For decades South Africa has worked towards achieving gender parity and signs of female empowerment can be seen all over the country: August 9th – a national holiday dedicated to South African women; the “Wonder Women” project to create a life size steel statues of iconic South African women; and the “Top Women” publication celebrating organisations that excel in gender empowerment. These are just a few examples. 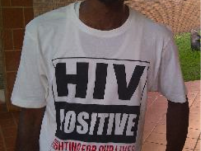 On the 25 February 2014, the Lusaka Magistrate’s Court acquitted renowned Zambian human rights and HIV activist, Paul Kasonkomona, on charges relating to comments he made on television in support of Lesbian Gay, Bisexual, Transgender, Intersex (LGBTI) rights.
In April 2013, Kasonkomona was arrested after he appeared on a Muvi TV programme where he spoke about the need to recognise the rights of vulnerable groups such as LGBTI individuals and sex workers in order to comprehensively address the HIV pandemic 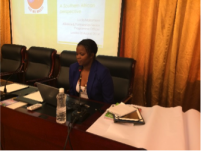 The World Council of Churches (WCC) will this September hold an interfaith summit on climate change in New York. Organised together with Religions for Peace, more than 30 religious leaders will take a united stand to encourage political leaders to address the causes and consequences of climate change.

The interfaith summit is being held immediately before the United Nations (UN) Climate Summit, which aims to galvanise action for climate justice, by reducing emissions and mobilising political will for a meaningful legal agreement in 2015. 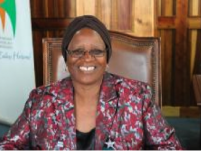 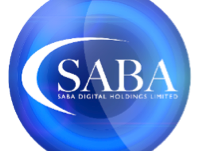 The Southern African Broadcasters Association (SABA) is the latest media organisation to embrace gender mainstreaming as an integral part of public broadcasting. This was seen in the outcomes of the Annual General Meeting and Digital Conference held in Swaziland last month from 27 to 28 August.

Toolkit for gender in churches launched 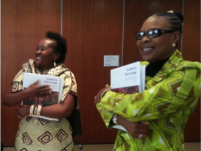 The Norwegian Church Aid Policy Office for Southern Africa (NCA) in collaboration with the Fellowship of Councils of Churches in Southern Africa – Health Justice Network (FOCCISA-HJN), held the first of a series of country launches of the gender toolkit – Created in God’s image: A gender transformation toolkit for women and men in churches.