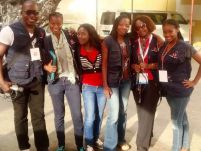 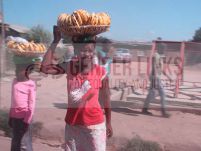 Challenging Gender Stereotypes in the Media

“Women miners toil for R1200 a day”, reads the headline of a front page article in the Star, South Africa’s widest circulation daily. But, the sub heading goes on, “pioneers who have broken into a man’s world are not complaining”. Really?

Gender and the media in Southern Africa:Reflections on donor responses and approaches

This paper reflects on donor support for mainstreaming gender in the media in Southern Africa. Based on the experiences of Gender Links (GL) and the new Gender and Media Southern Africa (GEMSA) Network the paper argues that despite the importance of gender to better media practice and of the media to bringing about gender equality, this area has been approached with ambivalence by NGOs and donors because of the tendency by the media to use freedom of expression and the bottom line as a shield for practices that exclude voices and perpetuate stereotypes.

The Gender and Media Baseline Study 2002 shows that women constitute only 17 % of news sources in the Southern African media. Women are also portrayed in a far more limited number of roles than men, most frequently either as sex objects or as victims of violence. As much as freedom of expression is hailed as a fundamental human right, the news media seem to exclude the perspectives and views of large portions of the population.

Report of the workshop on gender mainstreaming in the media: Malawi