Gender Links has urged media houses to sign and introduce a gender policy to guide them in their reporting. The organisation has already approached media houses to engage them in a campaign to drive implementation of the policy. Media consultant and co-owner of The Voice newspaper Beata Kasale, has been identified to spearhead the campaign that will engage news rooms in discussions towards changing their mindsets and approach to gender issues. The campaign also aims to empower women to rise to positions of management in their newsrooms. Speaking to Mmegi, Kasale said they again intended to encourage news rooms to intergrate women in management positions .She said a Gender Links study conducted in newsrooms last year had identified gaps that the campaign intended to bridge. 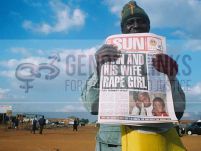