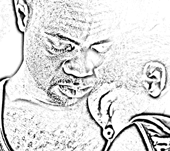 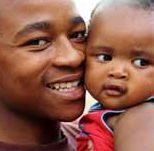 Johannesburg, 28 June: “I was shocked and scared. I didn’t know how I was going to support him and how we were going to survive. But I was also excited about bringing a child into the world. I wanted to be able to do all things for him that were never done for me.À

Matthew Thompson was only 17 and still in school when he learned that his girlfriend was expecting a baby boy. The overwhelming excitement and fear he felt is very common among young men who find out they are going to be fathers. Like their partners, they sometimes do not know who to turn to, and often turn away entirely.

However, many teenage fathers like Matthew do not disappear and leave their partners to deal with the pregnancy on their own. Instead, they choose to take responsibility and help raise their child. We often forget that although young women generally shoulder more burdens and much greater hardships during adolescent pregnancies, young men also need extra guidance and support, especially if they are to become responsible fathers and partners.

Thank you for the person I am today. I know I gave you a tough time as a kid. Nevertheless, on top of your busy life in politics and literature, you took the time to coach me, listen and understand me. You have always shown me how to see ‘the glass’ half-full rather than half-empty.
When I was a kid, I thought that I had to follow in your footsteps, but you encouraged me to live my own life and not to walk in your shadow. When I was about seven years old, you realised that I was attracted to the Catholic faith, and instead of trying to change my mind, you respected my choice telling me life is a journey and I should follow my own path.
I was too young to fully understand what you meant by that, but looking back I realise that you guided and advised me growing up, never imposing your beliefs on me. You also wanted me to make mistakes, to fall and to get up stronger than before, and you were always by my side to help me stand up again and walk with pride.

South Africa: A letter to my father 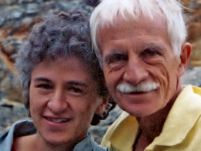 Dear Daddy,
It’s been over a decade since you left my brother, sister and I, but it seems like yesterday that you collapsed while pinning up protest posters in Harare in support of an independent state of Palestine. On the afternoon of 5 April, 2001 you were hospitalised and diagnosed as exhausted, although the post-mortem would show that the cancer that you had been fighting had spread to every inch of your body.

History is about the powerful and the mighty. For the most part, they destroy and plunder amid brief spells of enlightenment. It is another cast of characters that make history: the little people who, eschewing power, work on the ground floor to make a difference to the lives of people around them. You are one such “big littleÀ person.

Madagascar: Proud to be a dad! 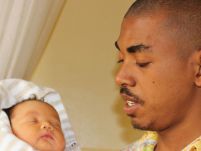 I’m 27 years old and married to Jeanne Soharinirina Edmee. My wife and I have been together since 2007 during our university years in Toamasina. Since then, we have longed to have a child.
Our wish came true last week, when our sunshine, Razanadratefa Zoto Bebman or “BeroseÀ, was born.
In 2009, we went through a difficult period, a period of my life I will never forget. While we were still students, Jeanne fell ill. She was very weak and was bedridden for 11 long months. Despite visiting all the major hospitals on the island, doctors could not diagnose the serious illness. 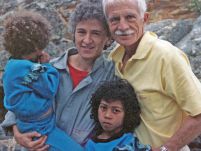 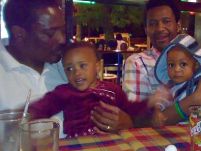 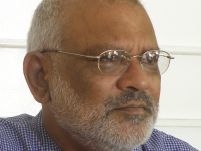 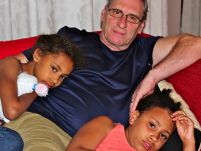 Johannesburg, 21 June: “There are no perfect fathers, only ones who care.À I repeat this to myself regularly, as I walk this challenging and demanding path of raising two young daughters.

The rewards are sometimes immediate À“ a hug, kiss and cuddle on the sofa, as I pretend that I am thoroughly enjoying watching Peppa Pig, while on the sports channel Zimbabwe are six runs away from victory or Liverpool are one goal down with six minutes to go!

I’ll choose quality time with my daughters over sports games any day. I can always watch the highlights later once I’ve tucked my blessings into bed.

Botswana: Dad, my rock and my hero 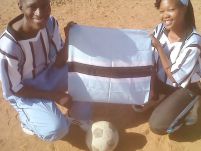 When I was three-years-old, tragedy hit our family. My mom was in a car accident leaving her in a critical condition. Doctors said she was closer to death than life. Despite their suggestions, my dad insisted that she be given every chance to survive and refused to turn off her life support. She was in a coma for months, but my dad held tight to his faith in her recovery.

With such spiritual strength, he prayed every day, spent sleepless nights at my mom’s hospital bed, looked after my sister and I, worked a full time job and still had the resolve to challenge social norms.