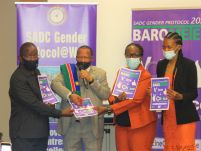 Windhoek, 1 October 2021: The 13th edition of the 2021#VoiceandChoice Barometer is officially launched by the Deputy Minister in the Ministry of Gender Equality Poverty Eradication and Social Welfare Honourable Royal /Ui/O/OO with the UNFPA Country Representative Sheila Roseau. “The findings of the Barometer suggest that there is need to focus on Adolescent SRHR and […]

SADC: Gender attitudes still leave a lot to be desired 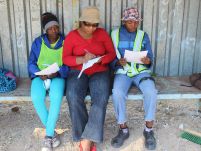 For immediate release Johannesburg, 30 August: With an average score of 61%, gender attitudes in the Southern African Development Community (SADC) are gradually changing for the better, but evidence of deep-seated patriarchal attitudes is still strong. The gender attitudes research shows that, while 58% of women and men in the SADC region agree or strongly […]

SADC: Research on GBV key to ending GBV in the region 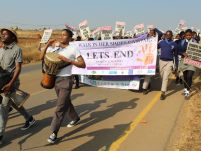 By Kevin Chiramba, Harare, 29 March: Gender Links’ (GL) 20-year journey from inception in 2001 to date has been anchored on the continuous gathering of research evidence for action and results in the fight against  Gender Based Violence (GBV). Because of GL, the measurement of violence against women through the comprehensive prevalence and attitudes survey […] 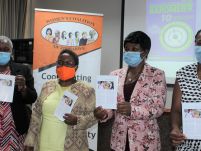 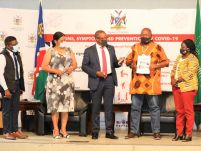 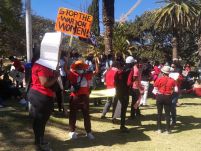 That is the life I am leaving.

My name is Cecilia, I am the fourth child in a family of five. I had my child when I was 17 years. I started dating at a very young age because of the poverty at home. My mother could not afford to buy me clothes.  Teachers at my school used to give me clothes […]