Report on household’s access to specific economic, social and cultural rights: The case of Monze Urban

”The power of the pen” is a publication which highlights stories of people who may have lost hope in humanity without the intervention of ACFODE  through community-based initiatives that positively impacted their lives and encouraged them to persevere in the promotion of peace in their homes and communities.

Sexual and gender based violence in Uganda

A just society where there is gender equality & equity. To promote women’s empowerment, gender quality and equity through advocacy, networking and capacity building of both women and men. 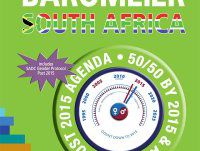 We, members of the LGBTI community from across Africa, note with great concern that the media, which remains the most powerful facilitator of information and education, largely sensationalises and presents an unfair reflection of our diverse community.

A snapshot of LGBT media coverage in East, West and Southern Africa 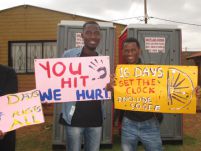 Lesbian, Gay, Bisexual and Transgender (LGBT) people remain largely absent from public discourse in Africa. This study set out to analyse representations of these communities in media in South, West and East Africa in the month of April 2015.

Welcome to the last Roadmap to Equality newsletter for 2015. The Sixteen Days of Activism has just ended. The ultimate answer to this injustice is to have policies and programmes to end gender based violence not reduce it as highlighted in the Sustainable Development Goals (SDGs). As we wrap up 2015, we have a glimpse of hope that this will still be possible as the SADC Gender Protocol is being reviewed. Inclusion of a target to end gender based violence is key in achieving SDG Five.