World Press Freedom Day: How free are we? 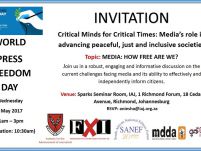 “With World Press freedom Day approaching it is an opportunity to celebrate the fundamental principles of press freedom; to evaluate press freedom around the world, to defend the media from […]

Ahead of the 2012 SADC Gender Protocol Barometer launch in South Africa, the Gender and Media Diversity Centre and Alliance & Partnerships programmes of Gender Links in collaboration with five Namibian members of parliament (MPs) held a round table discussion on gender and governance in Southern Africa. A motion on whether SADC member states should have legislative quotas aimed at increasing women representation in political leadership in the region guided the discussion. This report details the proceedings of the discussions.

Half full or half empty – Seminar report 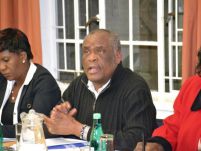 This report details the proceedings of the seminar that the Gender and Media Diversity Centre (GMDC) of Gender Links (GL) convened with media trainers and gender and media activists in July 2012. 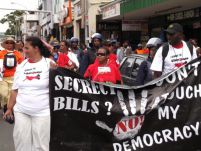 On 3 March 2012, The Gender and Media Diversity Centre (GMDC) of Gender Links (GL) in partnership with Right2Know (R2K) – a grouping of South Africa’s civil society organisations opposing The Protection of State Information Bill – convened a panel discussion regarding the pending law.

Gender and climate justice: a case of COP17 and 20 years of 16 Days of Activism campaign 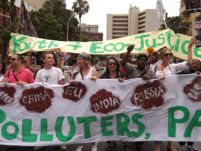 From 28 November to 9 December 2011, the United Nation hosted the 17th Climate Change Conference of Parties (COP 17) in Durban, South Africa. The Gender and Media Diversity Centre (GMDC) of Gender Links (GL) through its Opinion and Commentary Service and seminars project embarked in various activities aimed at supporting activities undertaken during the conference.

What has gender got to do with media freedom and access to information? 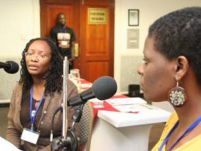 The Gender and Media Diversity Centre (GMDC) of Gender Links (GL) with its partners convened a series of seminars on Gender, media freedom and access to information in DRC, Mauritius, Namibia, South Africa and Tanzania. 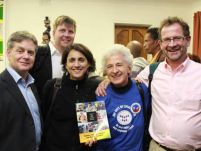 This report details the proceedings of a series of discussions hosted by Gender Links (GL) in April 2012 on the topic “Mainstreaming or malestreaming: Gender@work in organisations.”

Should women be allowed to wear mini-skirts and trousers in Malawi? 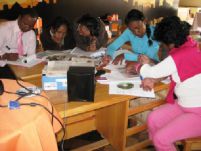 This concept note concerns a seminar that the Gender and Media Diversity Centre (GMDC) of Gender Links (GL) in partnership with Malawi Institute of Journalism (MIJ) would like to host aimed at discussing gender matters regarding freedom of dressing and culture in Malawi. 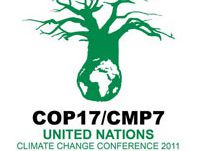 This concept details GL’s planned activities in the run up to, during and after the United Nations 17th Climate Change Conference of Parties (COP 17) taking place in Durban from the 28th of November to the 9th of December 2011. Gender Links, (GL) and the African Woman and Child Feature Service (AWCFS) plan to train journalists from media houses in 18 Southern and East African countries to produce a series of gender aware articles on climates change, provide platforms for robust debates on gender and climate change as well as produce radio content on how communities are adapting to climate change pressures.