GL to host learning & sharing event on WPP for journalists 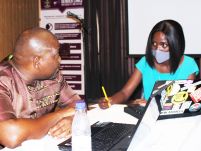 Johannebsurg, 19 February: Journalists from Botswana, Eswatini and Zimbabwe who participated in a reporting on Women’s Political Participation workshop  organised by GL, will come together in a learning and sharing event from 11-12 March 2021. The event will include presentations of good media practices on Women’s Effective Political Participation. The presentations are in the fields […]

Nthatisi Motsamai is a young entrepreneur who is owning hair and beauty salon and at the same time she is selling Inuka products. She wanted to be involved in the sports field as part of work at the beginning but she was not motivated. She was also talented on hairdressing as she started trying her […]

Mafeteng Urban Council is located in the   capital city of Mafeteng in Lesotho. The South African border town to Mafeteng is Wepener.The town has a population of around 41,357. Administratively, it is within Mafeteng district Economically the town lies in the centre of a wheat and maize growing area, and agriculture is the main industry. […] 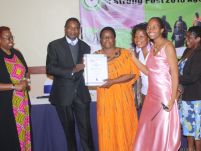 My name is Choolwe Maunga, 36 years old. I started my journey in Gender work in July 2012 when I became the Gender Focal Point Person for Livingstone City Council. This position gave me an opportunity to lead my institution through processes of Gender mainstreaming in the Institution and awareness creation in the Community. The […] 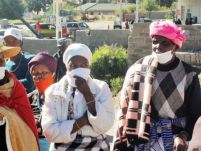 ﻿ The Centres of Excellence (COE) for Gender in Local Government COVID-19 Rapid Response Survey in nine Southern African countries sought to gather information on how Gender Links (GL) can support local authorities’ in mainstreaming gender into their responses to the pandemic. The sample covered 98 councils or 27% of the COEs that GL works with across the […]

Fact file: Pigg’s Peak is a developing town, located in the north West of eSwatini, approximately 70 kilometers north-east of the capital city of Mbabane. The town is also located 40km from Matsamo boarder (the gateway to Mpumalanga province in South Africa) with aerial extent of 856.6 hectares, 287 of which is afforested by Peak […]