Following his encounter with Gender Links, Al felt motivated to increase the number of female employees at the station. His commitment has led to tangible strides in increasing the number of women in all departments. “I believe we have certainly made tremendous achievements in gender equity, since women currently constitute over 40% of the workforce.” 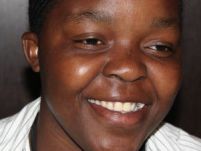 For many girls and women out there, poverty and gender violence take a blame for incarcerating them in a despondent situation. They say they could have succeeded in life if they had enough things, such as a better home. However, the story is different for Alefa Lyson. She is only 25, and besides heading the gender reporting desk at Power 101 radio, Lyson is a brain behind a number of gender related programmes at the radio station.

Even outside of the professional sphere, Edith applies these viewpoints to her personal life. “I remember a Gender Links discussion that taught me about the ‘male companion’ not as superiors, but seeing men as equals. When you have this mind-set, you will do it without fear and that inferiority complex.” Edith endures despite the hurdles, pressing on to ensure that women in both her professional and personal life have an equal footing. “I do it bit by bit. Gradually I can see the change, and I’m proud but I know we can do better.”

She has encouraged other media practitioners to emulate her work and contribute to making a difference through the power of the pen. Rachael concludes, “Among the many principles I embrace, making progress and moving on to another level in every given aspect of life is my motto. I would like to see a free GBV Zambia and gender equality. All this will only be possible if we put our efforts together and fight with one spirit.”

This is how Karen Walter sums up what Gender Links (GL) has contributed to her life as a female journalist. Walter is a journalist at La’Santinelle’s daily paper L’Express in Mauritius. La’Santinelle group is one of Gender Links’ media Centres of Excellence for gender. When Walter attended a GL local government COE workshop in 2012, she had no idea that this would change her life forever. Since then, this journalist has started seeing things differently. She now ensures that she keeps gender firmly on her daily agenda. 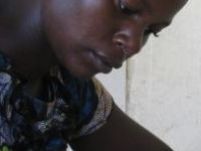 I have always wanted to work in the media and bring about change. When Gender Links came to train us on women’s economic empowerment, we thought that although we are a small radio station we could try implement what we learnt to bring change to society. Pushpa Jameson, GL former country facilitator taught us that if women are empowered economically, the gender based violence prevalence rate could go down. Thinking of how best I could integrate this into our programming and projects, the first thing that came into my mind was Women’s Radio Listening Clubs. This thought triggered another idea, village banking.

Jamillah’s story is very inspirational as it captures a journey of a young woman seeking to make a difference in her community. Jaddoo has been working for Defi group for just two years since joining in 2010. She works for the groups’ weekly News on Sunday. Her column, ‘Women’s Voice’ captures the life stories of Mauritian women who are who are excelling or making a difference in different fields of work/life. These human stories look at successful women who have climbed the corporate ladder.

Malunga plans to use his position at Radio Maria Malawi to advance women’s rights. Malunga would like to see to it that the radio adopts the gender policy that has been gathering dust at the station since it was drafted with the assistance of Gender Links two years back. Meanwhile, Malunga has begun resuscitating the gender committee of the radio to oversee all gender related issues that the radio would wish to undertake. 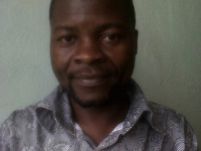 McPherson believes Gender Links needs more men to communicate the gender message to men. “Men need to speak to men. So men understand it’s not just a female issue. More men need to be involved in change; this way we could have a rapid response. I have the same influence as a communicator on the radio, and also because people know me as a writer. We need to impart information that discourages and educates people about practices that oppress women. I grew to despise chauvinism that creeps in; this make me appreciate the media dimension in my work.” 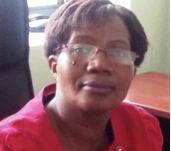 As a woman in this industry, I wish I could play a bigger role. I have been trying to push journalist’s attendance to workshops on gender, as this is where they will get the knowledge and an understanding on these issues. I try to mentor those who are willing. We need to come out of the socialization that suggests that women do not support each other. Those below should begin to support women in higher positions so we get rid of the “bring her down syndrome”. At the same time, those in leadership should also stop behaving like men in dresses. I understand that when you are in higher realms you are trying to be part of the boys club and you forget that the junior females in the newsroom have concerns, and you could possibly help.