“I always tell my colleagues in the newsroom to tell me the impact of the gender story they would like to cover before interviewing the sources,” Shumba says. He challenges that a mere report of a 16 Days of Activism Campaign or a rape case is not enough, but taking to task gender activists or responsible government ministries on why a particular area or region has a higher gender violence prevalence compared to the other; finding solutions to gender violence as opposed to merely reporting them.

Gender mainstreaming is a good thing, and advocating for gender equality in and through the media is one step that will help our societies appreciate why gender equality is important. However, I have come to learn that policies alone are not enough to achieving gender parity but ensuring that they are being implemented. For instance, Dzimwe Community Radio has a gender policy, but very few people are aware of what is contained in the policy. I would like to take it upon myself and ask management to start organising in house training sessions that will offer employees opportunities to familiarise themselves with the policy. Perhaps Gender Links would also come during those training sessions and train us on other gender related issues.

“What inspires me are the women I see everyday coming to Radio Dialogue with a story to tell. Most of our active community members are women, and it always pains me that when it comes to serious issues women, who are the most active participants, are not given a platform to express their views. Our slogan is ‘Giving you a voice’ and I believe women in our community need to be given the voice because no one can tell their story better than them.” 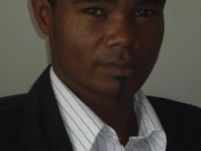 One thing that has really impressed me about the partnership with Gender Links is the Gender Action Plan we have been working on. Our organization is really making efforts to achieve this. It is the first time I have really seen gender become a concrete issue for us. Other organizations might talk about gender equality, but with Gender Links, I can see what it means for our work. I now know to balance men and women as sources in our reporting, for example. 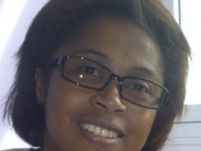 I have learned a lot through my engagement with Gender Links. I have become an more open-minded and self-confident person. I have realized that working with colleagues is the best way to success; we work as a team on everything. Opinion from other members of a team really strengthens my work. I see that solidarity is power, and it’s the only way to achieve development.

GL helped me to understand what gender is, because before I knew the word, but not the concept. GL strengthened my values. Today, I know how to adopt a gendered view of society, and translate it in my work. 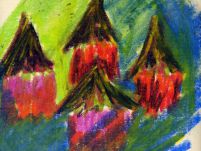 Joy Radio is one of the 11 media Centres of Excellence (COEs) for gender in the media. Haukeya first met Gender Links (GL) back in 2003 whilst working for Capital Radio. At that time Capital had been heavily criticised for the low proportions of women sources in news. This was just after the Gender and Media Baseline Study (GMBS). The manager took all newsroom staff to task, demanding that he wanted to see a change in news content. That got to Haukeya and kindled in him a desire to change gender relations in and through the media. Haukeya sees the GMBS as a life-changing encounter as he started seeing gender differently. Since then, Haukeya has attended numerous GL training workshops which have further contributed to the gender aware man he is today.

Name of Article: Mobile service provider Name of Publication: Times of Zambia Date: 25 April, 2015 Country:  Zambia The above picture is among many other pictures where women’s bodies are to sell services and goods through advertising. In this picture, a young mother and her baby’s picture are selling the services a mobile company in Zambia Air-tel. […] 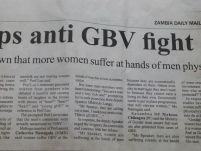 Name of article: State ups anti GBV fight- Luo….Studies have shown that more women suffer at hands of men physically, emotionally Name of Publication: Zambia Daily Mail Date: 01 April 2015 Country: Zambia The story is about the Gender Based Violence (GBV) fight in Zambia and the efforts that the Government have put in place. […]