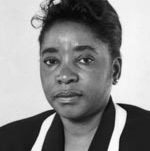 Angelina Enoque, Renamo MP for Manica district, is an example of a woman who has grown in her job and who has witnessed a growth amongst other parliamentarians both men and women on gender issues. Her philosophy is that having “thirty per cent women in parliament is not enough: we need quality not just quantity.” 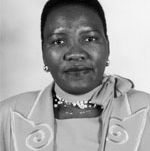 When Ntlhoi Motsamai, 40, became Speaker in Lesotho in 1995, members of parliament insisted in calling her “Madame Speaker Sir”. It is a measure of change in Lesotho that now she is simply referred to as “Madame Speaker” or ‘Mme ‘ (the Sotho word for madam) Speaker.