The programme is focused on the institutional development and capacity building through gender analysis training, seminars, internships project and policy reviews. The aim was to equip SADC sectors, national machineries and women’s non governmental organizations with critical tools and means of incorporating women in development and gender dimensions into sectoral programmes and projects.

Name of the story: General election in Tanzania Name of the media house: Radio Faraja FM Stereo 91.3MHZ Country: Tanzania Synopsis Brief description of the item of work you submitted and motivation of why it is a good example of gender awareness and sensitivity in advancing gender equality Post-2015. TANZANIA HAD A GENERAL ELECTION IN […]

Name of the story: Femmes construire un soins de santé Name of the media house: Magic Multi Media Country: Madagascar Synopsis Brief description of the item of work you submitted and motivation of why it is a good example of gender awareness and sensitivity in advancing gender equality Post-2015. Cette émission sur ” Les femmes […] 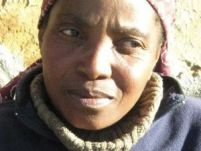 I am a local government councilor from Qacha’s Nek, in Lesotho. I have encountered Gender Links many times now; my first encounter was in 2011; they were training councillors about gender issues, and it was the first organization to give us training in detail about gender. At that time, people didn’t want to hear about gender; when it was introduced to us, people assumed it meant women were allowed to disrespect their husbands. But Gender Links, working with the Ministry of Gender, explained things very well, and many of us have now taken gender on board. For Inonge Wina, MP for Nalolo, a rural village in remote western Zambia, the opportunity to join politics arose in 2001 when the women’s movement began aggressively looking for women to participate in decision- making. 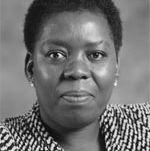 As she begins the interview, Deputy Minister of Defence Nozizwe Madlala-Routledge is honest enough to recall a conversation she had with her interviewer while she was still an MP, and chaired the Parliamentary Women’s Group (PWG), on whether women should “buy into the patriarchal agenda” by enlisting for the army.

Councillor Penny Mwape from Luanshya has made primary health one of her concerns. In her ward, she goes to the clinics to find out how the medical personnel are dealing with patients because she had heard many complaints about the service at clinics and that nurses are rude. She gives the personnel talks and also advises on cleanliness in clinics. 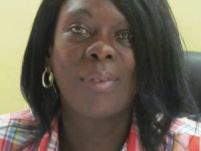 I also work with TAC as a branch secretary, where we manage to organise a programme of LGBTIs as mandated by our district. I am supporting the LGBTI community, and now we have a sector on it. We should engage more young women in programmes like that of Gender Links. Women are in need of empowerment, and to achieve this, we all need to work together.

Councillor Jean Namukonda, Deputy Mayor in the Chililabombwe Council recalled how she was insulted by the man who she stood against to become the deputy mayor. However, in spite of negative experiences, she received extensive civil society support.The support that Councillor Namukonda got from the ZNWL was in the form of campaign materials, T-shirts and chitenge’s with the slogan – vote for women, and bicycles so that they could go campaigning proved a great help. Councillor Sakala has attended three workshops convened by the ZNWL, covering issues such as project management, resource mobilisation, advocacy and lobbying.