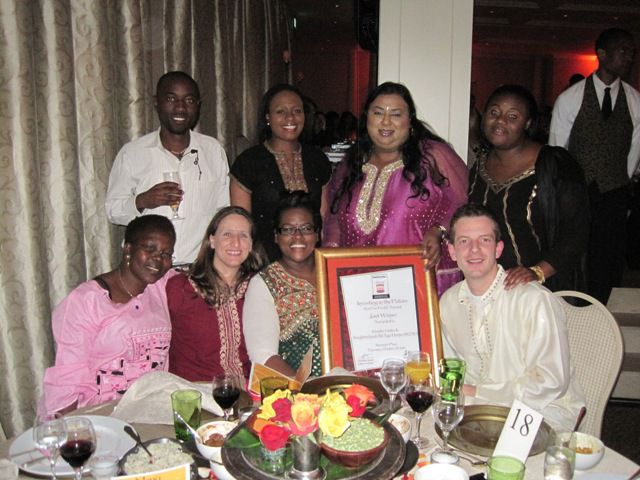 Gender Links has won the Mail and Guardian “Investing in the Future” award in the non-profit category for recognising the importance of working with local government to bring about social change in Southern Africa.

In particular, the 22nd annual award was given to Gender Links for the Gender Justice and Local Government Summit and Awards, held in March 2010.

The award was presented at the fifth annual Mail and Guardian Drivers of Change award ceremony in Johannesburg. Gender Links has twice been a runner up for the award but this is the first time it has won.

“Drivers of change are pioneers of a new kind of leadership – a leadership characterised by visionary innovation, partnerships with others, and practical results to end poverty. The awards identify and profile outstanding drivers of systemic change in the region and not initiatives that are temporary or superficial”, said Neville Gabriel, the Executive Director at the Southern Africa Trust, one of the sponsors of the awards.

In his keynote address, Brendan Cox, former Special Advisor to United Kingdom Prime Minister Gordon Brown, noted the importance of governance in Africa when he highlighted what he called the “3 G’s”.

“Growth, gender and governance,” said Cox. “We cannot think of development without considering the synergies between these three things.”

The work Gender Links does at local government is also focused on these three pillars, especially gender and governance. This is one of the reasons why Gender Links has institutionalised the Gender Justice and Local Government Summit and Awards, to ensure that local governments and councils are equipped to do hands-on work around gender issues, particularly gender-based violence (GBV).

This project is innovative as it underlines the importance of local government’s involvement in the fight against GBV and creates a platform for local authorities across the Southern African Development Community (SADC) to engage and share ideas as to what works and what does not work.

This is especially important as six countries in the region (Lesotho, Madagascar, Malawi, Mauritius, Namibia and South Africa) will be having local elections over the next seven months.

The upcoming Summit, scheduled for March 2011, will be a platform for delegates from these countries to share best practices, learn from other countries, and showcase how they have achieved greater women’s representation and combated GBV, in line with the targets of the SADC Protocol on Gender and Development.

The Protocol brings together and enhances international and African commitments to gender equality by setting 28 targets to be achieved by 2015. Specific provisions on women’s representation and GBV call for achieving parity in decision-making and halving GBV by 2015.

“This award is a tribute to the hard work of our field and satellite office staff who brought in more than 100 entries of local level action to fight gender violence and empower women,” said Colleen Lowe Morna, Gender Links Executive Director. “Many of these participants have since spoken about how this event changed their lives; in Zimbabwe during a recent visit, a follow-up focus group sang ‘leaving on a jet plane’ when asked about their first experience of air travel. They gave many examples of personal and institutional empowerment in our follow-up Centres of Excellence for Mainstreaming Gender in Local Government initiative.

“This is how inch by inch, community by community, person by person, we make the lofty ideals of the SADC Protocol on Gender and Development real.”

Magdeline Madibela, head of the SADC Gender Unit, noted: “The work that the governance team does contributes immensely to the wider SADC Gender agenda. It is commendable to receive recognition on such a prestigious competition! Well done.”