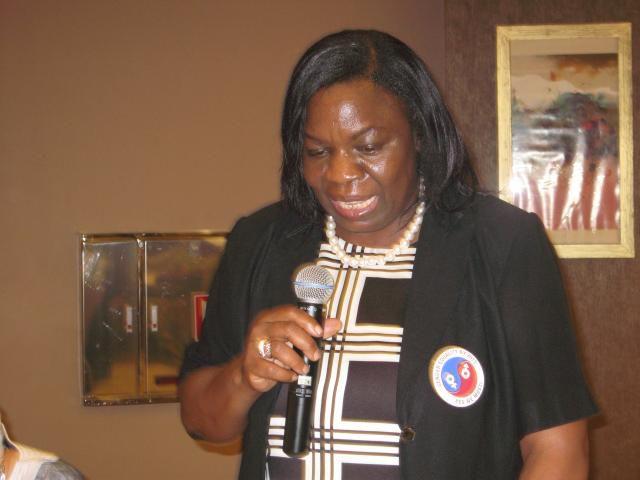 A tribute to a gender stalwart

The news of the untimely passing away of our sister Matrine Chuulu reached our ears with shock and disbelief. As the SADC Gender Protocol Alliance, we have lost a driver of change for gender equality and a sister in the struggle.

Matrine carried herself with humility over the years and knew the rope and buttons to pull and push to achieve gender equality. She has been loyal to the game of gender equality when many with similar credentials could have chosen an easier way out.

Well known in the legal fraternity in Zambia and across Southern Africa, Matrine was instrumental in advancing gender equality through landmark agreements such as the Beijing Declaration and Platform for Action and the Convention on the Elimination of All Forms of Discrimination against Women and the SADC Protocol on Gender and Development. She led the constitutional and legal rights sector that saw the advocacy, drafting and adoption of the SADC Protocol on Gender and Development.

As the regional coordinator of Women in Law Southern Africa (WLSA), Matrine rallied for gender equality causes such as the passing of the Zambia Access to Information Bill, the review of the Zambian Constitution and abolishing child marriages. Matrine was amongst gender activists rallying behind the Red Lights campaign which was against human trafficking in 2010.

As a senior lawyer with over 20 years’ experience in in civil, criminal and family law litigation Matrine chose to be part of the gender equality fight by leading WLSA across Southern Africa as a flagship organisation that is now a renowned name in assisting women to claim their rights.

The battle to have a SADC framework on gender equality would have been more difficult to win if Matrine had not been there to provide her legal expertise for the framework. Matrine’s legacy will be carried on by the Alliance members as she provided the motivation for justice to both young and old.  Matrine has left a void both at a personal and professional levels as Loveness Jambaya, Faith Based Cluster focal person of the Alliance aptly put it. She was one of the pillars of the Alliance and we feel we have been robbed.

Matrine leaves behind many friends in the struggle for gender equality including Emma Kaliya who narrated how committed Matrine was during an Alliance session held recently at the Malawi Permanent Mission to review the SADC Gender Protocol.

The Alliance secretariat will greatly miss Matrine as she was a she was a mother to all and brought professionalism with activism in all Alliance activities. She carried herself with humility and yet worked hard to provide the legal perspectives for the drafting of the current SADC Gender Protocol, its implementation and now advocacy on its review. “Little did we know that our meetings in New York on revisiting the Protocol for post 2015 were a farewell gift from Matrine to the AllianceÀ said Sifiso Dube, Alliance and Partnerships manager.

Matrine was an inspiration to young women and old alike. Lucia Makamure, Alliance officer has described Matrine as a woman of few words who left Southern Africa a better place as civil society and governments continue to use the SADC Gender Protocol to improve the lives of all women across the region.

“We have lost a woman of integrity for the alliance and to the women’s movement in general in the regionÀ says Anna Sebopelo, Botswana Alliance focal network person.

Matrine’s influence was felt from afar including Madagascar where Gaby Razafindrakoto urged those left behind to recognise her devotion to the cause of women, which she pursued despite her health.

“Your insight in finding all the loops that can be used so that gender equality becomes a reality has been to the benefit of all of us. Your contribution to the SADC Protocol has been tremendous.À says Loga Virahsawmy, Gender Links board member from Mauritius.

“Matrine has left sisters at WLSA known as WLSARITAS, the Alliance family, women’s movement in the region and beyond with an ongoing battle to fightÀ said Libakiso Mathlo.

“She has been a veteran and stalwart of the Alliance campaign, a sharp legal mind, a principled leader, and a fighter to the finish.À said Colleen Lowe Morna, Gender Links CEO.

The words from Virginia Muwanigwa, Zimbabwe Alliance focal person sum up how humble Matrine was: “Although you are not with us anymore in this world, we can still see your unassuming smile, quiet demeanour and the way you would ponder before answering. Indeed death is the way for all of us but it is not easy. May your family be comforted at this difficult period and may they draw encouragement from the footsteps you have left in the sand, indelible even in her death.

From the SADC Gender Protocol Alliance we say;

If you would like to add a tribute to Matrine Chuulu, please fill in the comment box below.