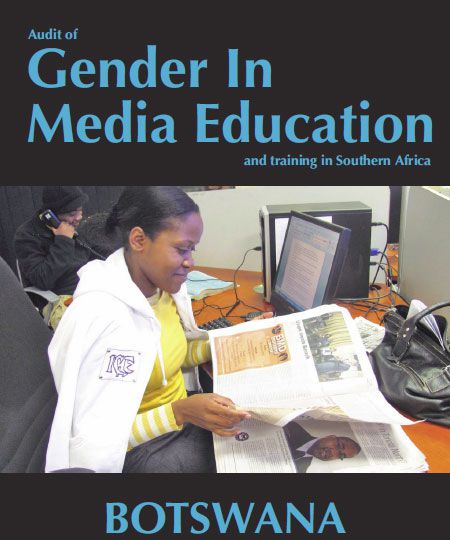 This report provides an analysis of documents, interviews, lecture observation and student focus groups conducted at the University of Botswana’s Department of Media Studies in October 2009. It forms part of the Gender in Media Education in Southern Africa (GIME): the most comprehensive study yet undertaken of the gender dimensions of journalism and media education and training in tertiary institutions in Southern Africa. The GIME study took place in 25 institutions in 13 countries including Botswana, Democratic Republic of the Congo (DRC), Lesotho, Madagascar, Malawi, Mauritius, Mozambique, Namibia, South Africa, Swaziland, Tanzania, Zambia and Zimbabwe between October 2009 and April 2010. GL undertook the study through the GMDC, a partnership between media development organisations and knowledge institutions.

For this research, a total of nine individuals were interviewed, comprising three staff, two male and one female, and six students, half of whom were female. Of this demographic, 56% of the respondents were male while 44% were female.