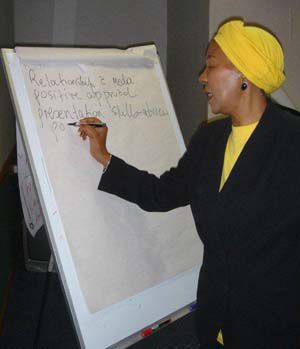 The elimination of all forms of discrimination against women is a key challenge for democratic processes and human rights movements in Africa. While African governments have taken take steps to address women’s lack of political, economic and social rights, the pace of movement towards achieving full equality is characterised by a series of ‘stops’ and ‘starts’, and there are
often many mixed signals. For example, while the African Union and SADC region has committed itself to the target of 50% women in decision-making positions in all of its structures, the representation of women in government, parliament, local government and other political
spaces in Africa is still low.