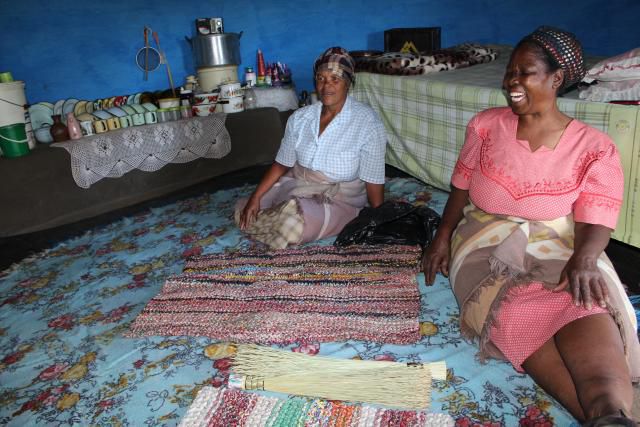 In 2010, the Thaba-Tseka Urban Council became a Centre of Excellence for Gender Mainstreaming in Local Government. It has been 2 years since the relationship with GL started, and over the course of these 2 years, the Thaba-Tseka Urban Council has made a 30% jump in their progress score from when the first scorecard was administered to the current 2013 score of 65%. The initial baseline score was 35%. The progress is evident in the number of female representatives in the council.

As in many councils in Lesotho, when the COE process was first introduced to the councillors it was met with hostility. Many of the councillors were not informed enough when it came to the topic of gender mainstreaming. To date, the council has worked very hard to mainstream gender in their policies and overall council and community activities. The level of participation by women and men is equal in the council; evidence of this is provided in the council minutes.

The council has lists that show the number of males and females allocated land. More women have land and houses based on the number of letters received form the community requesting land. These lists are freely available. The Thaba-Tseka Urban Council community council does not have a Local Economic Development plan in place. However, the council is part of a project that is currently run by two women, one councillor (M’me Sophie) and a community member in making mats from recycled plastic bags and brooms using natural materials and horse hair to keep the top of the brooms from dismantling. The council also runs a project in which clothing and candles are made. The challenges faced by the council in having more projects are the budget constraints which make funding projects or providing start-up capital to the community difficult.

M’me Sophie also runs the council’s food garden from her land. She says it is easier when the crops are growing closer to home as it represents that the cause is close to the heart. Many orphans and HIV infected and affected people eat fresh vegetables from the garden.

Since their introduction to the notion of climate change, the Thaba-Tseka Urban Council has not yet developed policy on climate change. However, the council does partake in some activities that contribute to nurturing the environment, such as doing campaigns against deforestation and the collection of bottles for recycling. The council has not started recycling the bottles, but they are working towards it.

The council is not strongly involved in waste management, but they have a waste manager who is a woman and she makes plans about cleaning up the town. A lot of women are hired as a part of the waste management project.

The council faces various challenges; for example, there are no street lights in the area, and the roads that lead between houses are not marked or paved, posing challenges when there are emergencies. The biggest challenge, however, is the budget cuts that the council faces as the cuts negatively affect the fight against Gender Based Violence. For as long as there are budget cuts the levels of GBV will remain unchanged.

The council takes part in awareness campaigns, and provides condoms to the community in an effort to promote healthy sexual practices, and the council has lists available showing the number of care workers.