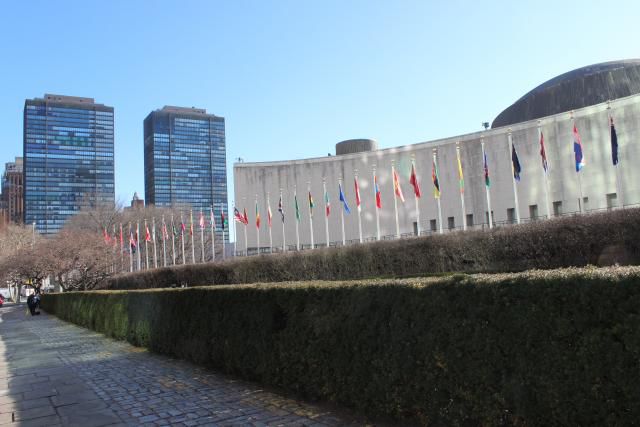 New York,23 May: Hardly a day goes by without reading a news story about the violation of women’s rights. In recent months, appalling incidents of violence against women and girls, from Delhi to Johannesburg to Cleveland, have sparked public outrage and demands to tackle these horrific abuses.

In Bangladesh and Cambodia, the shocking loss of life by garment factory workers, many of them women, sparked global debate on how to secure safe and decent jobs in our globalised economy. In Europe, the disproportionate impact of austerity cuts on women and the use of quotas to get more women on corporate boards continue to make headlines.

Even though women have made real gains, we are constantly reminded how far we have to go to realize equality between men and women.

World leaders recognised the pervasiveness of discrimination and violence against women and girls when they signed onto the visionary Millennium Declaration in 2000. Amongst the eight Millennium Development Goals, they included a goal to promote gender equality and women’s empowerment.

With these goals set to expire in 2015, we are in the midst of a global conversation about what should replace them. The time is now for women to move from the sidelines to the centre.

In a new post-2015 development agenda, we must build on the achievements of the MDGs and learn from their shortcomings.

There are glaring omissions. Ending violence against women and girls is noticeably absent. Fundamental issues such as women’s right to own property and the unequal division of household and care responsibilities are missing.

Failing to address the structural causes of discrimination and violence against women and girls stalled progress towards gender equality. The least progress has been made on MDG5, to reduce maternal mortality.

First, ending violence against women and girls must be a priority. From sexual violence in the camps of Haiti, Syria and the Democratic Republic of the Congo to intimate partner shootings in the United States and elsewhere, this violence causes untold physical and psychological harm. It is one of the most pervasive human rights violations, and carries tremendous costs for individuals, families and societies.

Second, women and men need equal opportunities, resources and responsibilities to realise equality. Equal access to land and credit, natural resources, education, health services including sexual and reproductive health, decent work and equal pay needs to be addressed with renewed urgency. Women need childcare and parental leave policies to relieve their double duty so both women and men can enjoy equality at work and at home.

Third, it is time for women to participate equally in decision making in the household, the private sector and institutions of governance. For democracy to be meaningful and inclusive, we require more women’s voices and leadership in all public and private spaces.

Human rights agreements that governments have signed on must form the basis of any new development agenda. This includes the Convention on the Elimination of All Forms of Discrimination against Women (CEDAW), the 1995 Beijing Platform for Action, and UN resolutions, including the recent agreement of the Commission on the Status of Women on eliminating and preventing all forms of violence against women and girls.

The discussions to shape the post-2015 global development agenda offer a real opportunity to drive lasting change for women’s rights and equality. A strong global goal can push our societies to rejecting violence and discrimination against women and girls and unleash the potential of half the population for a more peaceful, just and prosperous world.

Lakshmi Puri is the Acting Head and Assistant Secretary-General of UN Women. This article is part of the Gender Links Opinion and Commentary Service that provides fresh views on everyday news.