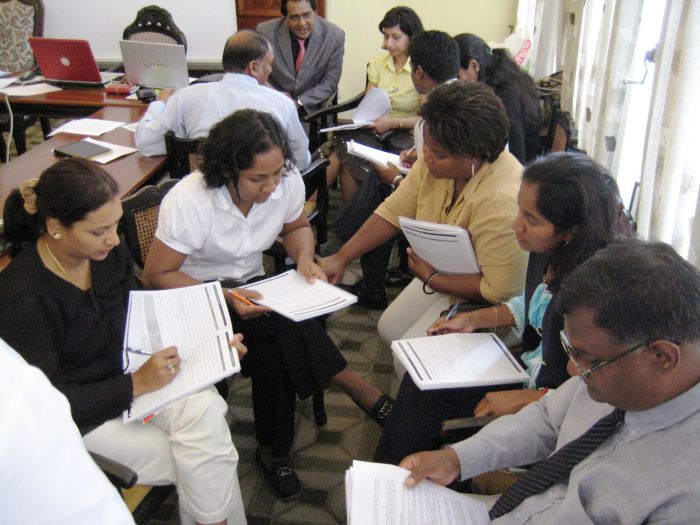 Although women constitute 51 percent of the population of Mauritius and are equally represented at all educational levels, they remain secondary citizens in all spheres- political, social, and economic. Women constitute 17% of members of parliament and only 6.4% of councillors.

While the country has experienced an increased percentage of women in its labour force from 25% in 1972 to 35.6% in 2005, over the last fifteen years the unemployment rate for women has increased from 4.9% to 16.5% (compared to 5.8% in the case of men). Women continue to be concentrated in low skilled and low paying jobs. According to a recent time use survey women in Mauritius earn, on average, 36% less that men (UNDP and Ministry of Women’s Rights, 2005). The gap is 44% in the rural areas compared to 28% in urban regions. The study found that while the unaccounted for contribution of women to the economy is 11.3% to 24.1% that for men is 3.9% 6.6%. This is because most of the work that women perform in the home and in the community is not remunerated. Overall, mothers spend 4 to 5 times more than fathers on household work.