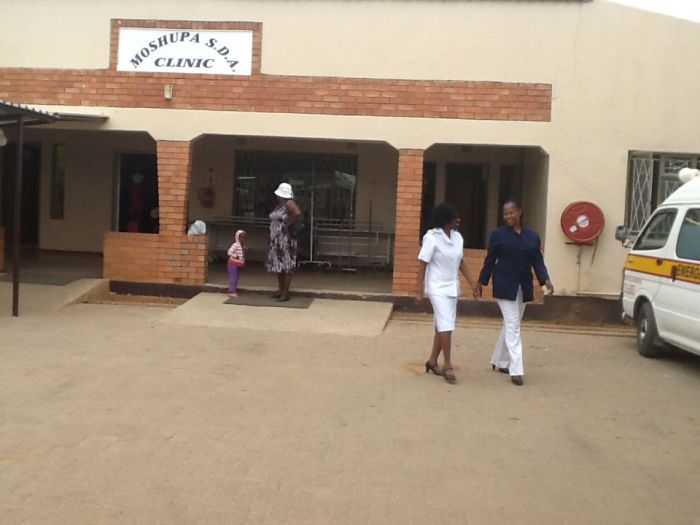 Moshupa is located in the Southern district of Botswana. The district is characterised by unique and gigantic mountain outcroppings which often leave visitors in wonder. The areas around Mushopa are crop and cattle farmlands, the latter highly overgrazed, on a path to desertification.

There are also a number of poultry farmers clustered in strategic places as one drives along the highway. These farmers are the ones who supply the local market. Poultry is a lucrative business in Moshupa. There is also a vegetable farm on a wetland along the river where spinach, tomatoes and other vegetables are raised. Most vegetables are imported into local supermarkets because Moshupa is too arid for productive farming.
Like many villages in Botswana, a group of volunteers control work on the local municipality, called Moshupa Sub District Council. They usually deal with minor projects that do not require expertise, such as government housing and the management of landscaping projects.

Moshupa Sub District council is one of the councils that Gender Links has identified as a Centre of Excellence in mainstreaming gender in local authorities. The council has participated in gender mainstreaming workshops staged by Gender Links in partnership with the Botswana Association for Local Authorities (BALA). One of the outcomes of the workshop was a gender action plan, which the council has since presented to the full council pending adoption.

The council has 14 councillors of which 2 are female and 12 male. This status quo will unfortunately remain the same until the next elections. The council Chairperson, however continues to encourage the political wing to support women showing interest in political leadership. The Moshupa Council has 9 committees in existence and only 1 is chaired by a woman.

Since the intervention from Gender Links, the council has been making strides in integrating gender in all its operations. One notable area of gender integration is in the allocation of land and houses. At present, the allocation of land is not under the council’s jurisdiction; the district land board handles these issues. However the council ensures that gender considerations are made during the allocation of houses in the area. The council has since managed to allocate 22 houses to female employees and 21 houses to male employees.
The council is one of the biggest institutions offering employment to the local people in the area. Currently, the council has a total number of 337 employees. Out of that number 183 are women employees, which translates to 54% of women in the local authority.

With a mission to provide good quality, customer focussed public service and infrastructure, the local authority has been delivering to that effect and has seen to it that both women and men participate and benefit equally. One such service is the waste management project. Waste is properly handled in the village, except for a few illegal dumps of which the council has started cleaning up. What is interesting is that women have taken a lead in the waste management projects. Women arrange for clean-up campaigns in the council and ensure that men participate as well. The council has 14 waste management committees; women chair all of these committees. The committees have a total of 140 members, only seven (7) members are men the rest of the number are women.
Like most of the local authorities in Botswana, the Moshupa Sub District council does not have a HIV/AIDS policy. But this has not stopped the council from putting in place deliberate measures to address the issues of HIV and AIDS. In terms of support and care for people living with HIV and AIDS, the council has established a wellness committee that looks at general health issues, of which HIV and AIDS is given prominence.

The council also works in partnership with the social welfare department when it comes to issues of care work. Even though the social welfare department has an upper hand in this area,the council ensures that they fully participate especially in the area of providing psychosocial counselling to both the care givers and people living with HIV and AIDS.

“Being a sub district authority, we have not been able to implement a lot of gender aware projects because our system does not allow us to make budgetary decisions as a sub district. The hardest challenge faced with during verification was the lack of photographic evidence, as well as not nearly enough documentation.”