Polygamy À“ the heart of the matter... 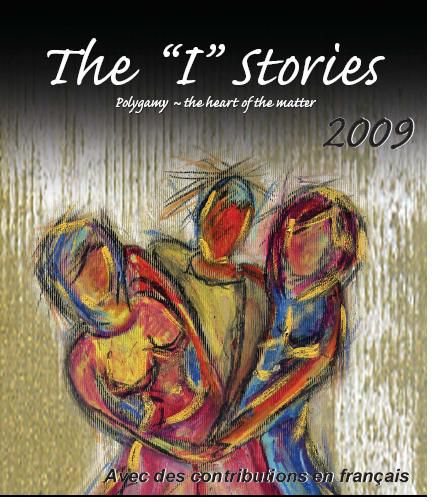 Polygamy À“ the heart of the matter

In South Africa, the issue leapt to center stage during the run up to the 2009 presidential elections. The sudden interest was not surprising – after all, how many countries have a polygamous president in its highest offices?

Heading into the polls, the polygamous lifestyle of Jacob Zuma, leader of the African National Congress (ANC), became a hotly debated topic of discussion, especially amongst gender and women’s rights activists. Media focused on such logistical matters as security costs and which wife would accompany the new President during official functions. Traditionalists argued cultural choice, while gender activists questioned polygamy’s place in a constitutional democracy.

Amongst all the debate, the voices and the views of those most “in the know,À the women and men living in polygamous relationships were virtually non-existent. Recognising the importance of these missing voices, Gender Links embarked on this “IÀ Stories project, to collect personal accounts of women, men and children from polygamous unions.

The first section of this book shares stories from writers questioning cultures, beginning with a Zambian gender activist who grew up, very happily, with three mothers. This story, in which each wife lives an empowered and independent life, shows the complexity of views on polygamy and the tensions of questioning cultures.

Other stories paint a different picture, in which culture literally traps women. Shocked to learn she was the eleventh wife, Tholakele Dlamini recalls, “He married me through the Swazi law and custom, and that meant no going back.À Though Mozambican Isabella Jaime’s father is a traditional healer with 5 wives and over 18 children, her feeling is that “most people still think in the past and that is why they justify polygamous practices.À

Several stories in the second section focusing on multiple wives recall emotional, physical, and financial abandonment by husband and families, and gives insight into the pain some women face – for example, for if pregnancy does not follow marriage quickly or family favours another wife. There are also two sets of stories, from husbands and wives, who candidly tell of some of the problems, but also give some insight as to how these families function successfully À“ “talking is the only solution,À says Zabele Mirole.

The book also includes stories of growing up in polygamous homes. Whether because of experience, or growing up in a more “modernÀ age, many children from polygamous families are critical of what they see as the competition for scarce resources, confusion, and unhappiness of mothers in these relationships. “…focus on what it does to the children, what good does it do them when they live amongst feuding adults,À suggests Mwiindi Himaambo. Worse, are accounts of children mistreated by the mothers who are not biologically their own.

The final part of the book are stories that speak up on gender violence and HIV/AIDS. Helena Eduardo* of Mozambique recalls that herself and her co-wife, Joana, worried about their husban’s affairs “Armando started to have other relationships and he would lie to both of us about his whereabouts,À she says. “When I fell pregnant for the third time, I discovered that I was HIV positive after a series of tests. I also recommended to Joana that she take the same tests, which came out positive.À

The final story from Zimbabwe offers a more positive view À“ with three wives, Elliot Makumbe became a gender activist with Padare men’s group, and now ascribes to the ideal that “men of quality are not afraid of equality.À

All of these accounts offer food for thought about gender and gender equality, and questions some of our assumptions about polygamy. It’s a choice say proponents – but stories show women who expected to be the only wife, women pressured by husbands and family, or who lacked the economic power to disagree À“ and none of these offer choice, even if the person says “yes.À

Yet, some accounts show there can be a different side, with families living in harmony. They also show that rigid gender roles not only cause problems for women, but men also. As it stands, men face incredible pressure to reproduce quickly, provide for families, and be the glue that holds the family together.

As one of the first of its kind, those culturally attached to polygamy and those vehemently against will likely read this book. We ask that everyone read with an open mind, hear the stories and voices reflected in these accounts. There is much to be learned from these small glimpses into other lives.

Deborah Walter is editor at Gender Links. This article is part of the Gender Links Opinion and Commentary Service, which offers fresh news on every day news.

Comment on Polygamy À“ the heart of the matter Cancel reply