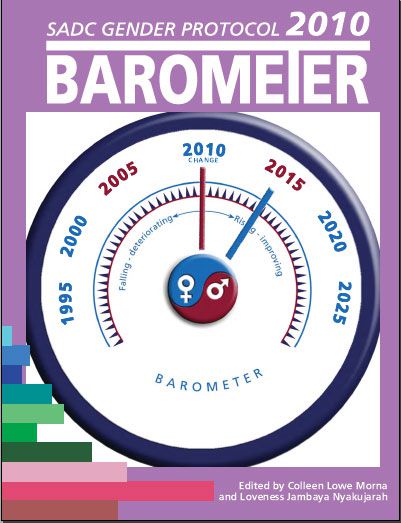 More significant when Heads of State meet in Windhoek in August this year they will celebrate SADC’s 30th Anniversary while it is expected that the celebrations will coincide with Member States first reports to the SADC Secretariat on the progress in implementing the SADC Protocol on Gender and Development.

This study is a sequel to the 2009 Gender Protocol Baseline Barometer and has become the Southern Africa Gender Protocol Alliance’s benchmarking tool towards the realisation of the 28 targets set for 2015 which incorporate and enhance the existing African and global commitments. The Barometer builds on information obtained in 2009 but remains for many reasons:

Overall there is a 1% decline of how citizens view government performance from 55% in 2009 to 54% in 2010. As we reflect on the 2010 Barometer findings, an important step forward is for all SADC governments that have signed to commit to ratification of the Gender Protocol before 2010 comes to a close, especially with only five years to go before the 2015 deadline. The Barometer is produced annually.