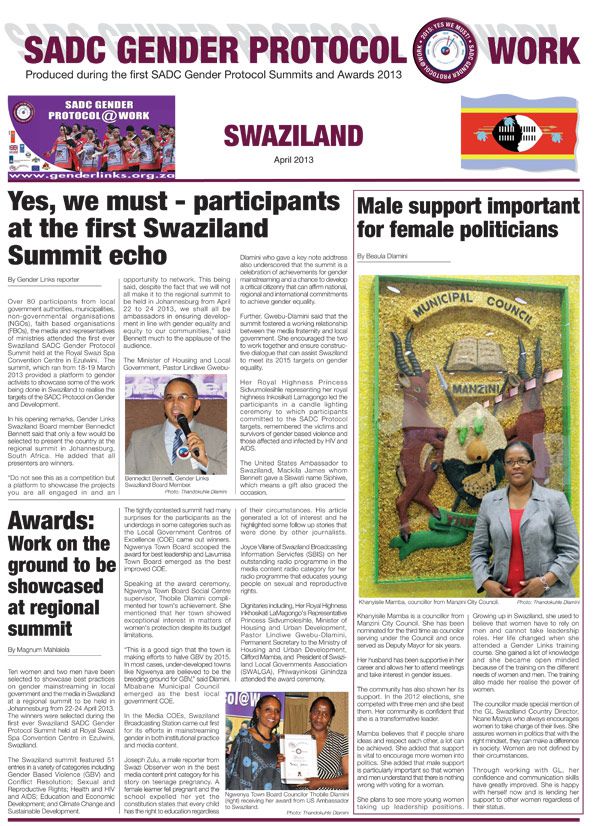 Over 80 participants from local government authorities, municipalities, non-governmental organisations (NGOs), faith based organisations (FBOs), the media and representatives of ministries attended the first ever Swaziland SADC Gender Protocol Summit held at the Royal Swazi Spa Convention Centre in Ezulwini. The summit, which ran from 18-19 March 2013 provided a platform to gender activists to showcase some of the work being done in Swaziland to realise the targets of the SADC Protocol on Gender and Development.