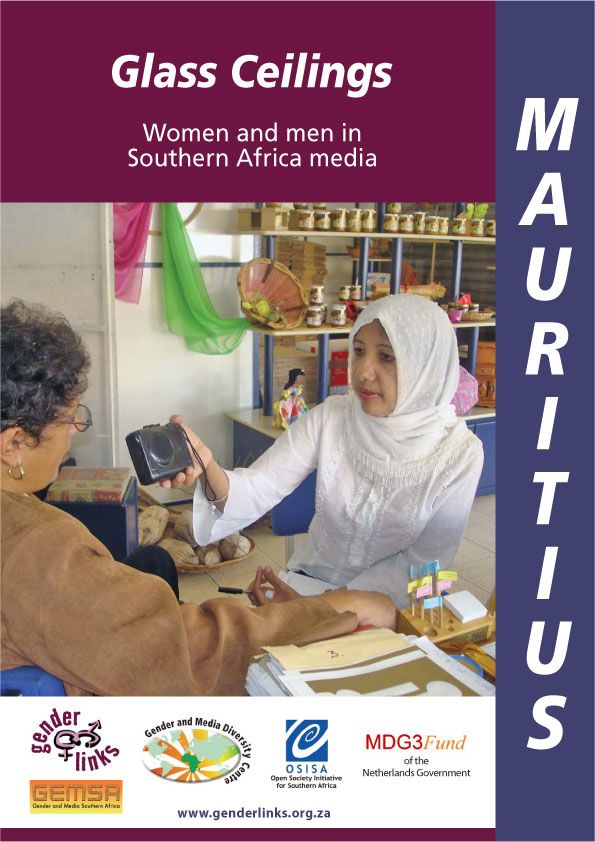 This audit of women and men in Mauritius media houses is part of the Glass Ceilings: Women and Men in Southern African Media conducted by Gender Links (GL) in partnership with Media Watch Organisation (MWO)/Gender and Media Southern African (GEMSA) Network in Mauritius.

The findings will in turn be used in a global study being carried out by the International Women’s Media Foundation (IWMF) through the Gender and Media Diversity Centre (GMDC), a partnership between media development organisations, training and higher learning institutions for the “collection and connection” of knowledge and “collaboration” to advance gender equality and diversity in the media across the globe. The GMDC has also facilitated partnerships around the fourth Global Media Monitoring Project (GMMP), and second Southern African Gender and Media Baseline Study (GMBS) that will take place in 2009/2010.

In Mauritius, the study is based on research carried out in nine media houses, with a total of 1190 employees. Researchers conducted in-depth case studies of two media houses and interviewed four journalists/senior managers/editors for their perspectives on the results. A further 31 senior staff responded to perception questionnaires.

Click on the attachment to read the Mauritius report.