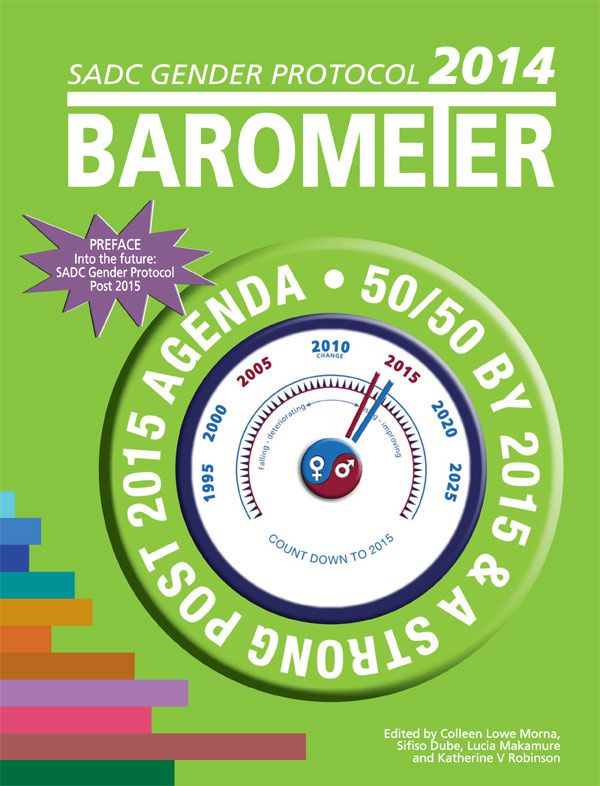 In August 2008, Heads of State of the Southern African Development Community adopted the ground-breaking SADC Protocol on Gender and Development. This followed a concerted campaign by NGOs under the umbrella of the Southern Africa Gender Protocol Alliance. By the 2013 Heads of State summit, 13 countries had signed and 12 countries had ratified the SADC Gender Protocol. The Protocol is now in force. With one year to go, time is ticking to 2015, when governments need to have achieved 28 targets for the attainment of gender equality. In keeping with the Alliance slogan: Yes we must! this 2014 Barometer provides a wealth of updated data against which progress will be measured by all those who cherish democracy in the region. The SADC Gender and Development Index (SGDI), introduced in 2011, complements the Citizen Score Card (CSC) that has been running for five years to benchmark progress. The world, and SADC is also looking to the future with the post 2015 agenda. Now is the time to strengthen resolve, reconsider, reposition, and re-strategise for 2030.