Books The Southern Africa Media and Diversity Journal, I... 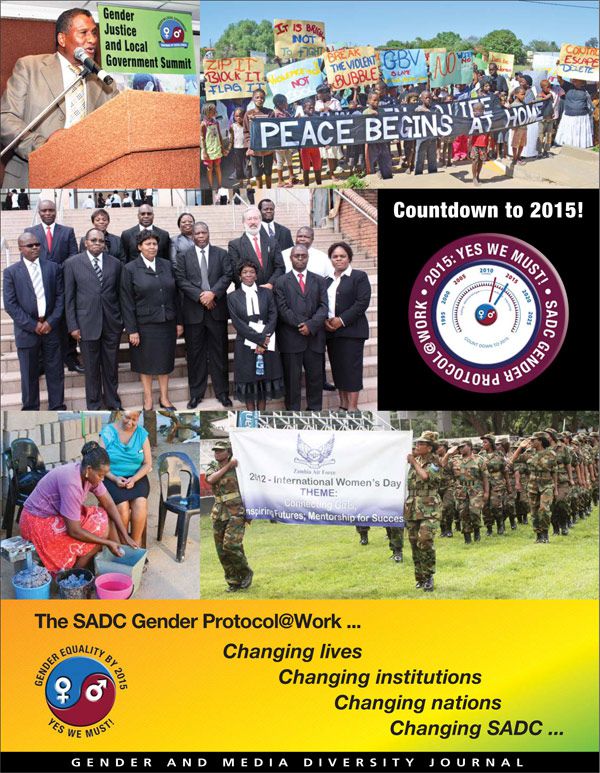 Over 300 delegates from around the Southern African Development Community (SADC) converged in Johannesburg from 22 to 24 April 2013 for the largest ever gathering of activists, government and media to make a concerted push for gender equality. With the slogan “2015, yes we must!” the SADC Gender Protocol@Work regional summit followed twelve national summits that involved 1484 participants, 69% women and 31% men. Some 183 winners and 30 direct entries (213 in total) went on to compete at regional level. 81 of the participants travelled outside their country, and 29 got passports for the first time.

The Southern African Gender Protocol Alliance (“the Alliance”) that campaigned for the SADC Protocol on Gender and Development (see www.sadcgenderprotocol.org) convened the national summits in partnership with Gender Links, which coordinates the Alliance. The SADC Gender Protocol comprises 28 targets to be achieved by 2015, also the deadline for the Millennium Development Goals. Globally, a debate has already started on the post 2015 agenda. The Alliance is insisting that Southern African governments must make a concerted effort to meet the agreed targets for gender parity in all areas – political, social, economic – by 2015.