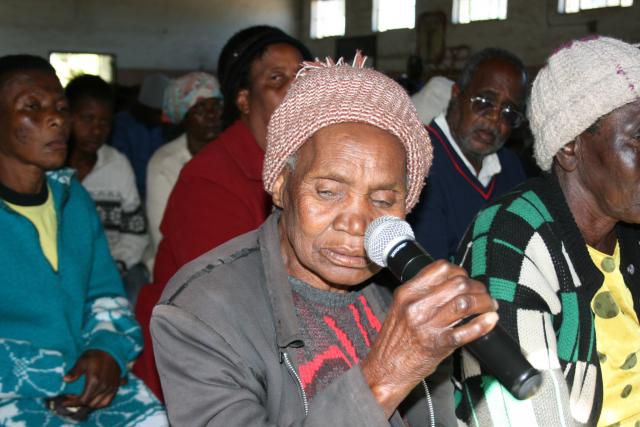 When we started to ask people to report on gender, it was a big task because the journalists argued that women do not want to talk in the media. Our media COE workshops conducted by the Zimbabwe media facilitator Thabani Mpofu have helped greatly. However, in our diary sessions we also insist that journalists talk to women and balance voices in their programmes. There are improvements in the content we produce. We hear women’s voices in topics they hardly featured in before.-Zenzele Ndebele Productions Manager.

The station currently operates as a non-licensed entity due to the limiting media laws in the country. Under the prevailing environment, Radio Dialogue employs several measures to reach its community. The station reaches the Bulawayo community and beyond via shortwave broadcasting every evening on 12115 Khz between 1800 hours and 1900 hours. It also does road shows, focus group meetings and uses social media.

“We run a website and produce programmes that we package on memory sticks and give the taxi drivers. They become co-presenters on many topical issues,” says Zenzele Ndebele, the station manager.”We work with over 100 trained citizen journalists in areas surrounding Bulawayo like Lupane,Tsholotsho Plumtree, Khezi, Gwanda and Beitbridge. These people send in stories on what is going on in their communities where mainstream media hardly reaches. These men and women are providing us with news and access we never had before,” continues Ndebele. Mostly their stories focus on health issues, the shortage of medication in hospitals, harassment by police and war veterans, the lack of teachers and other issues that really affect them.

Radio Dialogue publishes these headlines on their website www.radiodialogue.com , facebook page, https://www.facebook.com/radiodialoguefm and twitter page @radiodialoguefm. These journalists will enable the station to play a watchdog role during the upcoming elections.

As a media Centre of Excellence, this community station has committed to realising gender mainstreaming within its structures and in editorial content. They have signed a Memorandum of Understanding in this regard and developed a gender policy to help guide their work.

Radio Dialogue puts topics such as constitutional and legal rights, human rights, governance, culture, religion, gender and economics as its main agenda. In all these topics, they endeavour to keep the entertainment value of the programmeThe radio station has gender programmes such as Ezobulili and Fusion, which have male presenters. In these programmes, women and men feature to discuss pertinent issues such as Gender Based Violence, protection of children and vulnerable groups, HIV and AIDS legal rights and so on.

“Our gender programmes are dealing with a variety of concerns around gender. We have programmes talking about what is the role of women in the upcoming elections, why women are not participating and what the election means for women. We have also had programmes that talk of the gender commission, what is in it for women, what it means to have such a commission in place and what will happen if that commission is not appointed,” noted Ndebele.

In its effort to mainstream gender, Radio Dialogue has encountered some difficulties. “We have not progressed considerably, especially in our staff composition. People are not moving much to allow for other peoples’ progression into other posts. We still have more men than women in the media house. However, our director is female.”

“When we started asking journalists to report on gender, it was a challenging task because they argued that gender topics are boring and women do not want to talk in the media. Our media COE workshops conducted by the Zimbabwe media facilitator Thabani Mpofu have helped greatly. However, in our diary sessions we also insist that journalists talk to women and balance voices in their programmes. There are improvements in the content we produce.

We hear women’s voices on topics they hardly featured in before. Another problem with community radio is that we always train journalists for other people because many people in the long term leave the community media for bigger institutions,” notes Ndebele.

Part of the station’s mission statement reads, “Creating a space where citizens of Bulawayo are able to freely express themselves…” This serves as a guideline whenever journalists at the station engage members of the community, so they may share their concerns and problems as they experience them from day to day. Road shows are also their way of interacting with the community and capturing its concerns.Radio Dialogue is unique because it is community-based. Its chances of interacting with community are high. It is a tool for empowering communities as they encourage community participation on issues most affecting them. Programming is generated from the community so it is more engaging.

“Women participate more at community level. This is where they are greatly involved in issues to do with the community and its development. Most men ask what is in it for them and if it does not benefit them financially, they tend not to be responsive. Community media is a platform where women get the chance to talk about issues that most mainstream media would turn a blind eye to,” says Ndebele.