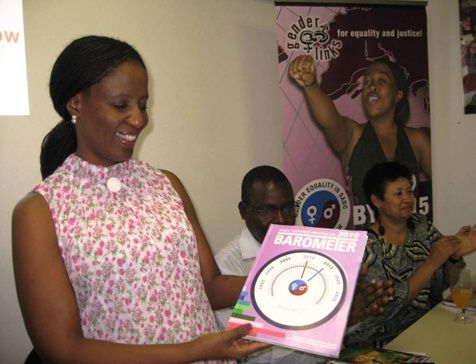 The official launch of the SADC Protocol Regional and National Barometer Report in Botswana took place on the 25th of October 2010, at the SADC Secretariat in Gaborone. This study is a sequel to the 2009 Gender Protocol Baseline Barometer and has become the Southern Africa Gender Protocol Alliance’s benchmarking tool towards the realisation of the 28 targets set for 2015 which incorporate and enhance the existing African and global commitments. Although governments will be filing their own reports to the SADC secretariat for the first time this year, the Barometer is derived from country shadow reports that include a “citizen score card” and is the only overall regional analysis. 2010 is a critical benchmarking year for the Protocol; marks the 30th anniversary of SADC; 15th anniversary of the Beijing Conference and the first year of the African Decade for Women.