South Africa: A humorous perspective on the seriou... 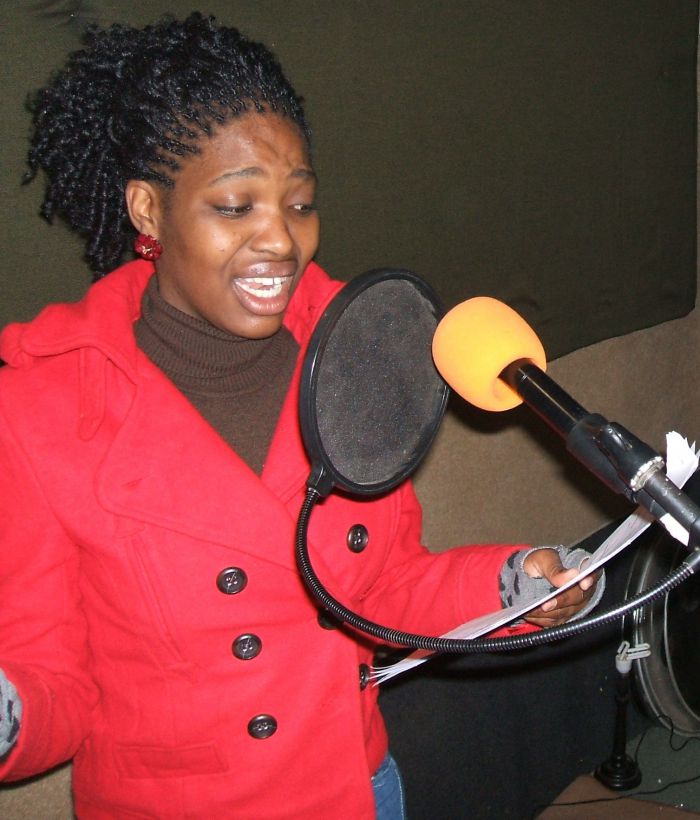 South Africa: A humorous perspective on the serious issue of women’s rights

“Ah! No! What kind of tricks are you playing?! I’m not wearing a nightgown – what is this body? This isn’t my body! This isn’t happening! Wake up Makhaba, you’re dreaming…”

Imagine if, in celebration of Women’s Month, men and women could switch places for just a short while, to experience life in the other’s shoes? Women in South Africa face one of the highest rates of gender violence in the world. If abusers could experience violence first hand, even for just a day, would it open their eyes to the physical, emotional, and psychological harm caused? Society and culture often undervalue women. If men could experience being ignored, or discounted, just because of their gender, would it be a catalyst for change?

South Africa has solid legal protections for women, at least on paper. This includes both national legislation and being signatory to international and regional commitments protecting women’s rights. South Africa was one of the first to sign the 2003 African Union (AU) Protocol on Women’s Rights, a continent-wide legal framework that came into force in 2005, which commits all signatories to protecting a whole range of women’s rights – including reproductive health, property and inheritance rights, and freedom from gender violence, to name just a few.

However, like in most of Africa, the reality on the ground is much different. Along with high rates of domestic and sexual violence, women also experience higher rates of HIV and AIDS; culture and society continue to undermine women’s progress; and gender inequalities affect everyday life and opportunities.

There are problems with availability and access to services, of poor implementation, and of traditions of inequality that are hard to break. However, even in this era of multi-media overload, Facebook, Twitter, and the internet, there still is a lack of awareness and dialogue about women’s rights, and where to go for help.

“Not much has been done, especially by the state, to run comprehensive awareness or human rights education campaigns to ensure that people are aware of the AU Protocol on Women’s rights, a significant piece of African legislation,” says Nonhlanhla Sibanda of People Opposing Women Abuse (POWA). “There is still a lot of work to be done to ensure that the Protocol will not end up as another document that will just gather dust on the shelves.”

Sixolile Ngcobo, Gender Justice Coordinator at Oxfam, agrees. “South Africa has ratified the Protocol but they still need to domesticate and popularise the instrument. Women in South Africa do not even know that the Protocol exists,” says Ngcobo. “Though in some cases it is less comprehensive than our constitution, it remains an instrument to measure South Africa in the continent on its commitments to women’s rights.”

A new radio drama being broadcast on community radio stations during August is designed to encourage listeners to push for the effective implementation of the AU Protocol, and with it respect for women’s rights.

Zaphamban’ Izindlela! (Crossroads) is a six-part, isiZulu language serial drama featuring a market trader frustrated with the local police inspector who is more interested in lining his pockets than finding her missing daughter. When a magic drink causes the trader and police inspector to switch bodies, each has the opportunity to see how the other gender lives – with hilarious results and eye-opening perspectives.

Produced by Community Media for Development (CMFD) Productions, for POWA and Oxfam GB, the drama uses humour to get people thinking, and talking, about women’s rights. The isiZulu, South African adaptation is part of an Africa-wide series previously produced in English, Swahili, French and Portuguese, as part of the Solidarity for African Women’s Rights campaign.

In one scene, cranky, corrupt male police Inspector Makhaba, now living life in market woman Ma Dlamini’s body, has had enough of the daily beatings meted out for not having dinner prepared, despite empty cupboards. He decides to go for a protection order, even though he himself has been guilty of ignoring complainants and sending them on their way to solve the problem within the family.

According to Maurine Nxaba, a POWA social worker who will also be facilitating one of the listening groups associated with Zaphamban’ Izindlela! , Inspector Makhaba’s failure to respond appropriately to domestic violence cases hits home. “The criminal justice system doesn’t favour women, doesn’t treat them right, and doesn’t take them seriously,” says Nxaba. “Woman often don’t even want to go and report cases or anything, as they have experienced lack of help in the past.”

Zaphamban’ Izindlela! will launch during an event held in partnership with Alex FM on Women’s Day, 9 August. As part of the celebrations, those attending the launch will tune into the first broadcast on Alex FM at 11:00, following which the station will cut to a live broadcast from the event. Kasie FM, Eldos FM and Ndofaya FM are also making the drama part of their Women’s Month line-up.

Lindiwe Poti, a presenter at Kasi FM in Ekurhuleni, will air the drama on Tuesdays at 19:00 on her show “Kasi talks umphakathi uyakhuluma.” Following each broadcast, she will host a live, on-air discussion.

“Radio is a medium through which women can get information, and also contribute to dialogue and communicate their needs,” says Poti. “Abuse is something that happens in our communities, any weekend you can go to the police station, and someone is there reporting a case.”

For Nxaba such opportunities for dialogue are important. “The people who need to talk about these issues are women on the ground experiencing the violation of their rights,” she says. “The government needs to create more spaces where women can discuss what they are experiencing and what they need.”

Civil society organisations, and in particular women’s organisations, have taken the lead in such actions. While these organisations have an important role to play, if South Africa is to be a leader on the continent, there is a need for the state to more proactively take ownership of the African-wide Protocol on Women’s rights. Then perhaps, like for Inspector Makhaba, life will never be the same again.

Deborah Walter is the Director of CMFD (Community Media for Development) Productions. This article is part of the Gender Links Opinion and Commentary Service special series for Women’s Month.

Comment on South Africa: A humorous perspective on the serious issue of women’s rights Cancel reply