South Africa: Hand me the tongs! It’s my her... 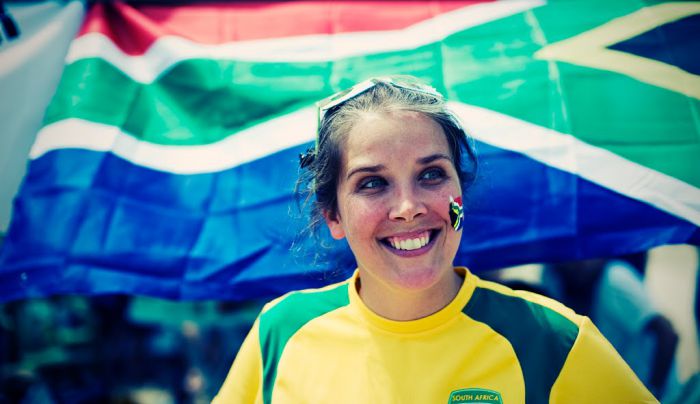 South Africa: Hand me the tongs! It’s my heritage too

Johannesburg, 23 September: Its National Braai Day again, a colloquial name given to South Africa’s Heritage Day. It is a day when South Africans are encouraged to celebrate their culture and diversity in the wider context of a nation that belongs to all its people. But, the truth of the matter is that our heritage, much like the practice of braaing, is gendered. Nationalism is gendered and who benefits from our past is too.

I have found myself at several braais pleading with people to believe me that I can turn meat just as well as anyone else, ensuring it is soft, tender and delicious! I often find myself battling for the right to pick up the tongs and prove my worth at this South African pastime because there is a dominant discourse and perception that women do not braai – it is men’s territory.

But surely, if braaing is part of our heritage everyone should have the right to braai?

There is something about the gender culture of a braai that has always got under my skin. As the script goes, you arrive at a friend’s house, or they at yours, there are a few minutes of hellos and chuckles before you open the first round of beers. Then, one of the men starts the braai process by pulling out the charcoal and going through the whole procedure of getting the temperature just right.

Then something strange happens – all the men slowly gravitate toward the steadily glowing coals to drink their beers and chat, while the women either stay seated or go inside to prepare the salad. Of course, only men can deal with the meat; it is a man size steak after all!

If we look more closely, we start to realise that there is a spatial divide happening here based on perceived gender roles. As much as women are stereotyped as being better suited for the kitchen and cooking, they are not deemed worthy of braaing. This is an odd disconnect. Is it because braaing is too difficult for women? Or is it the performativity of gender?

In these informal interactions, our gender roles are re-established and re-performed, and in turn, help maintain heterosexist, patriarchal practices and structures. It is a laying out of the rules, a moment when men stick with men and women with women. Then some good old fashioned, informal socialisation gets underway: jokes about homosexuality, whispers about gaining weight, talk of cars and women, giggles about sex and sighs over work. It is a time when you can check yourself and your peers to make sure you are still within the realm of ‘normal’.

This is a practice where you actively engage in, chose to challenge or disengage your own socialisation and the socialisation of those around you. It is also a practice which keeps those sneaky binaries intact-inside is a woman’s realm and outside a man’s. So maybe the reason for such resistance to my desperate desire to braai has nothing to do with my skill or perceived lack of it, but rather with the fact that every time I try to lay claim to the ever-precious tongs, I am disrupting a long standing and unquestioned gendered practice of socialisation and patriarchy.

The braai, a symbol of our heritage, is also a symbol of broader social inequalities and discrepancies. It symbolises just how entrenched gender roles are – and if we deconstruct them, how silly it is to justify them. Differences are maintained through discourses of what is ‘normal’ – that is, it is natural for men to braai, as if they are born with some innate capability that women lack.

However, if we are unable to disrupt these gender practices, which pervade our personal sphere, which we engage in without questioning, then how can we conceivably challenge broader gender norms such as men’s higher salaries, the pervasiveness of domestic violence, and the trivialisation of female decision makers?

Indeed, our history and heritage are gendered but that does not mean they cannot be disrupted. It does not mean that this Heritage Day we can’t decide to do things a little differently. Talk about it and change it! Let someone else, someone previously side lined in your personal space, have the chance to prove their worth. But don’t look impressed when they do the job well, rather contemplate just why we hold onto these constructed roles so tightly and defend them with such venom.

I love a braai as much as anyone else, so the next time I ask for a turn to participate in what is also my country’s heritage, hand over the tongs, get me a beer and make some salad!

Claudia Forster-Towne is a lecturer at the University of Johannesburg in the Development Studies and Anthropology Department. Claudia is also a researcher at the Africa Institute for South Africa. She has an MSc in the Social Studies of Gender from Lund University, Sweden and enjoys writing about the gender, discourse and taken for granted assumptions. This article is part of the Gender Links Opinion and Commentary Service that provides fresh views on everyday news.

One thought on “South Africa: Hand me the tongs! It’s my heritage too”

Comment on South Africa: Hand me the tongs! It’s my heritage too Cancel reply