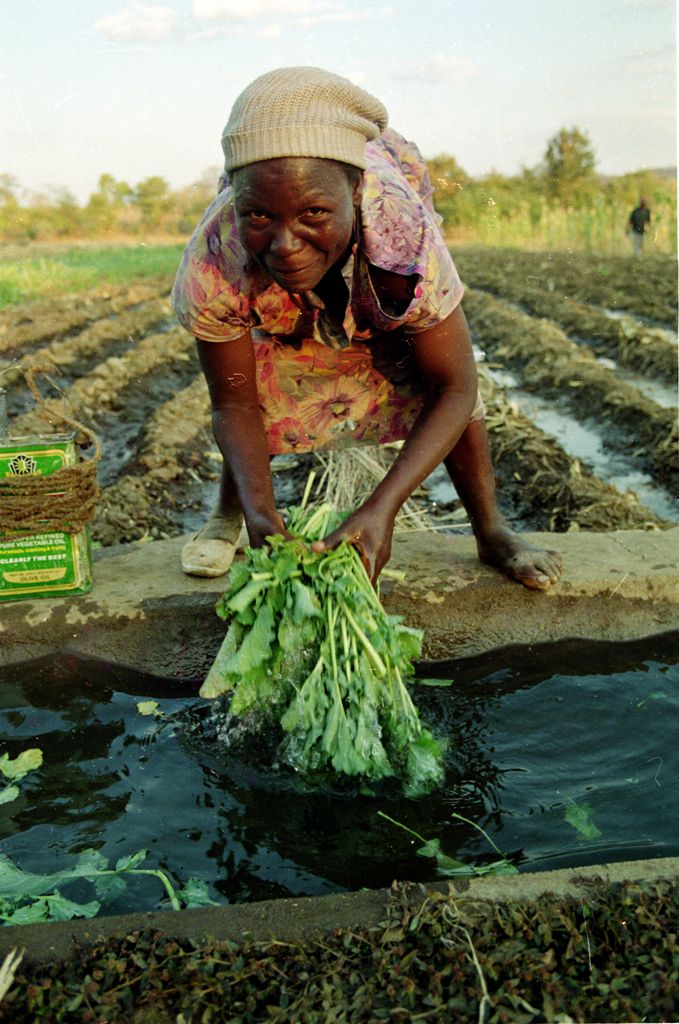 Imagine a woman we’ll call Ruth Chitekwele. She is worried about the future, especially what might happen to her children.

For the purpose of this story the make-believe 48-year-old single mother of three could live in Malawi’s Nsanje district and recently have been forced to withdraw her eldest daughter from school to help with the family’s chores. These include gardening, fetching firewood, wild fruits and mushrooms that generate the family’s meagre income.

Unlike in the past when Chitekwele could do these chores on her own and such products were readily available, times have changed and she now has to walk long distances to find them. She must rely on her daughter to help or the family will starve.

Chitekwele blames recent floods that destroyed nearby forests as well as dried up rivers which once ensured her region was an area of plenty.

Chitekwele may be fictional but her story paints a picture of how the effects of climate change are increasingly distorting the lives of ordinary Africans, particularly women and women-headed households. Climatologists say climate change is already causing water scarcity and the depletion of natural resources and will soon lead to further environmental calamity.

As individuals, companies and nations continue to emit greenhouse gases into the atmosphere; the effects of climate change are worsening, especially for the poorest, including millions of people in Africa. This week the United Nations is hosting a climate change conference in Germany to discuss some of these issues. Hopefully they will spare a thought for women like Chitekwele.

In a 2008 UN Emerging Issues report, Eco-Watch Africa’s Rachel Nampinga noted that women constitute the majority (70% of the 1.3 billion people in the developing world) of the poor and are therefore more dependent on natural resources. Nampinga noted that for this reason women are likely to be disproportionately vulnerable to the effects of climate change.

This means poor women throughout Africa are in trouble. Despite being more reliant on resources, women have less access to them than men. This increases their vulnerability, limits their ability to cope with climate shocks and hinders their recovery from such shocks.

Nampinga also notes that due to climate change most African states will be unable to realise the Millennium Development Goals and many could fail to end food shortages, reduce poverty and illiteracy levels and bring down maternal mortality rates.
This will mean women like Chitekwele eventually flock to the region’s urban communities and slums, where their children will be forced to work or beg, remaining illiterate and also facing acute food shortages.

Further, it is predicted that due to climate change, African countries will be overwhelmed by the impacts of natural disasters such as cyclones, floods, droughts and disease.

In a 2009 report, Mozambique’s relief agency, the National Disasters Management Institute (INGC), stated that in less than two decades the country’s “rainfall variability would increase, the start of the rainy season would likely shift, flood risk would be higher, and the centre of the country would suffer more intense cyclones and droughts.”

According to Eco-Watch Africa, sexual harassment and violence against women and girls in the aftermath of natural disasters, like recent floods in Mozambique, is an enormous challenge. This means women will suffer both the effects of natural disasters and also the gender-based violence common in refugee camps or post-disaster situations.

Yet despite women being the most vulnerable, they are grossly underrepresented in debates, discussions and other decision-making structures around issues of climate change.

But there is hope.

Some Kenyan women have shown that although trapped in poverty, they can still positively contribute to protect their society from the destruction of climate change. The group, called Mama Watoto, has created “women made forests” in their communities in order to protect local trees as well as ensure they have enough wood for fuel.

Efforts to educate African women on climate change need to be increased if its effects are to be mitigated. If African women know the dangers of global warming they will surely, like Mama Watoto, do something about it.

Failure to take women on board in addressing this global issue is a mistake, a serious concern and an issue that should be paramount during discussions this week in Germany. Climate change is a gender issue and a real threat and women need to be involved in all attempts to find solutions.

Daud Kayisi is a Malawian gender activists and the Gender Links’ Communications Officer. This article is part of the Gender Links Opinion and Commentary Service, which brings you fresh views on everyday news.

0 thoughts on “Southern Africa: Climate change is a gender issue”

You made Chitekwele very real in me. . .i know a few such women myself, great writing, man

Climate change is indeed a developmental issue and the impact on women can not be overlooked. The time is now that the world must come with a lasting solution and not mere political ideas