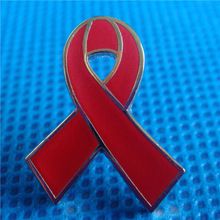 Johannesburg, 27 August: UNAIDS has set ambitious targets to end AIDS by 2030. That may be a distant dream. Or it may be the rallying call that will draw communities once more to the fore. Government leadership, policy and funding are demanded. But they alone cannot end AIDS. Community action is key.

After more than three decades of despair as AIDS wiped out whole families and generations, the end of AIDS seems like a distant dream in Southern Africa which has the highest prevalence of HIV in the world. Two countries in the region still have adult prevalence rates above twenty per cent, which means that one in every five adults is living with HIV, and nine have prevalence over ten per cent.

The lower death rate from AIDS-related illnesses is transforming societies. More people have regained their health and returned to work or to taking care of their families. The region now sees many fewer funerals than it used to. Less time is spent caring for the ill which means that more time is spent on productive activities.

Malawi led the world in revising the protocol for access to antiretrovirals for mothers. As many mothers living with HIV were lost to care due to delays in testing CD4 counts, it was decided that all mothers testing positive would be put on antiretrovirals without the CD4 count. Many other countries in the region and beyond are adopting this Option B+.

Continuous follow up of mothers and their infants is needed to make sure that babies who are born negative do not contract HIV during breast feeding.

Reaching zero new infections in infants demands more attention to other aspects of the PMTCT programme. One of these is better access to contraception for women living with HIV so that they can plan their families better. Another is primary prevention in girls and women.

Adolescents living with HIV are a particular concern. Adolescents have a different concept of risk than adults. Thus, they have a low rate of knowledge of HIV, do not generally use condoms consistently and have low rates of testing for HIV. Their adherence to treatment is not consistent. As a result, while AIDS related death rates are falling in all other age groups, the death rate due to AIDS in adolescents is still increasing. AIDS is now the leading cause of deaths of adolescents in Africa.

Increasing prevention, testing, treatment and adherence are necessary conditions for ending AIDS. Addressing stigma and discrimination, especially about gay men and lesbian women, sex workers and injecting drug users, is essential. These conditions can only be achieved through sustained community mobilization and engagement.

At the peak of the AIDS epidemic health services were overwhelmed by the numbers of very ill patients, with little hope of recovery. Most of these patients were sent home to stressed families that had lost a generation of able bodied adults. Family care was largely provided by children and the elderly, mainly women and girls.

Family care was supplemented by care from community caregivers that were driven by a strong sense of duty and compassion for their neighbours. Studies in the region found that community caregivers were poorly trained, often volunteers without any remuneration, had little formal support and needed basic materials and psychosocial support for themselves. The burden of care fell on women and there was a call for greater involvement of men in providing care.

As treatment has rapidly become more available across the region, health care systems have again been able to provide care to those living with HIV. Community caregivers, who shouldered the weight of the illness, death and despondency associated with AIDS in the dark years before treatment, have been largely sidelined in the roll out. As treatment programmes are expanding, more and more people living with HIV are starting treatment that they must continue for life. It is clear that the formal health sector will soon be overwhelmed again.

Community cadres have crucial roles to play in engaging with adolescents in prevention, testing and adherence to treatment. Community caregivers are needed for ongoing engagement in the HIV continuum of care, including awareness raising for PMTCT and all other forms of prevention. They can play critical roles in treatment readiness and continuing support for treatment adherence. We will only address stigma through sustained community engagement at all levels.

(Lynette Mudekunye is Regional Advisor to REPSSI, and author of the HIV and AIDS Chapter of the 2015 Southern Africa Gender Protocol Barometer. This article is part of the Gender Links News Service).